Georgia man jailed and 'force-medicated' for a year due to mistaken identity: Lawsuit 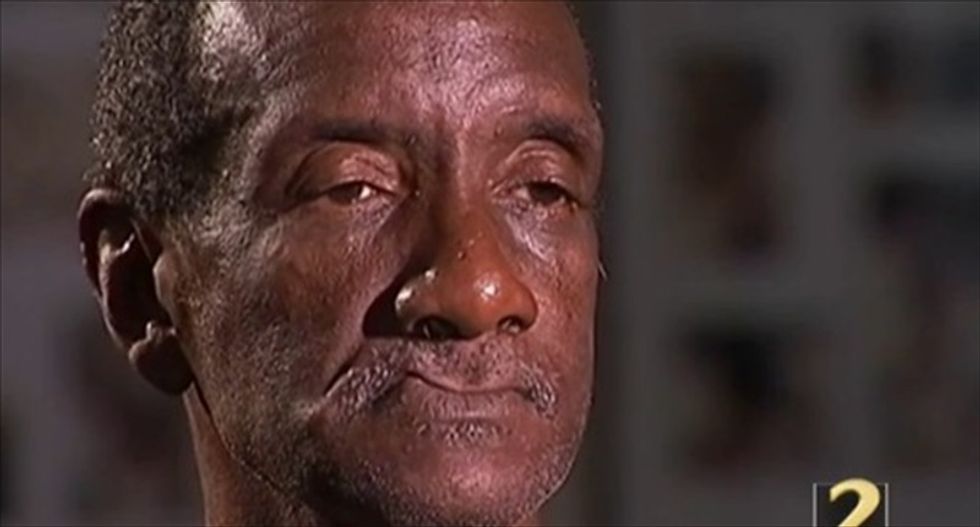 A 60-year-old Georgia Army veteran filed a lawsuit against authorities in Fulton County on Friday for allegedly putting him in jail and forcing him into a hospital after confusing him for another suspect, WSB-TV reported.

Attorneys for Kenneth Williams said charges against their client were "co-mingled" with those of a man using a similar alias, causing him to spend seven months in county jail before being sent to Georgia Regional Hospital, where he was "force-medicated" with psychotropic drugs after telling officials about the error.

"It's frightening when you know you aren't the person," Williams told WSB.

According to WSB, Williams' issues began in January 2011, when he was arrested and charged with misdemeanor criminal trespassing. He was serving a 16-day jail sentence when a man identified as "K.W." was jailed on felony charges for heroin possession.

But beginning in June 2012, Williams was arrested three times on warrants connected to K.W. The third arrest, in March 2013, led to Williams being sent to county jail.

The Atlanta Journal-Constitution reported that in October 2013, Superior Court Judge T. Jackson Bedford ruled that the hospital could medicate Williams against his will so that he could be competent to stand trial on the charges levied against K.W.

The court ruled at the time that Williams was not fit for trial because he insisted he was not K.W. In what attorney John Merchant called a "cruel irony," K.W. was arrested and jailed twice and released while Williams was serving time for his alleged offenses.

The error was not discovered until a social worker found that, according to jail records, Williams was already in jail during one of K.W.'s incarcerations. Williams was released from the hospital in February 2013, after a judge ordered that the two mens' fingerprints be compared.

The lawsuit, which names Sheriff Ted Jackson and other county officials as defendants, calls for Williams' eligibility for Social Security and veterans' benefits to be restored, as well as for him to be able to obtain another driver's license.

"It's been kind of a nightmare to me," Williams told WSB.

Watch WSB's report, as aired on Friday, below.