Got white privilege? Dear White People ‘insurance’ has you covered 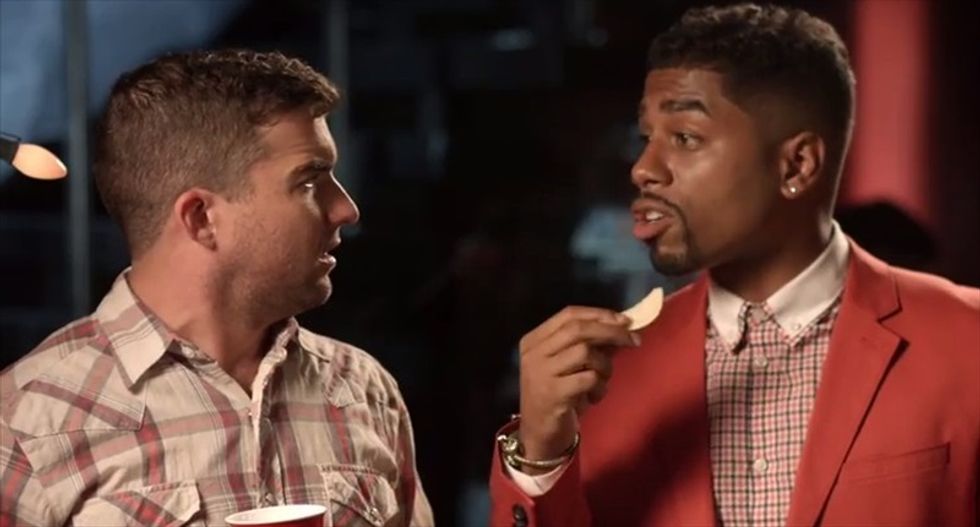 When white privilege goes too far, it helps to have "racism insurance" in a sardonic promotional video from the makers of the new satirical comedy Dear White People.

The video, modeled after State Farm insurance ads, shows one tone-deaf white man (David Brown) walk back several racist remarks with the help of his "agent" (Billy Sorrells), whom he summons with the phrase, "Oops I was racist, Black guy come here."

As the clip opens, Brown's character is happy to discover that his Black co-worker (Ify Nwadiwe) is a fellow Game of Thrones fan.

"Man, that's what I love about you," the white man says. "You're a Black dude, but you don't act 'Black.' You don't act all thugged out."

The agent then appears to reassure the co-worker that Brown's character only meant to compliment him for "defying stereotypes."

However, even the agent has limits, as his white client finds out when he complains to two Black men about not being "allowed" to use the "N-word."

"You can not use the 'N-word,' man," Sorrells says after slapping the back of his head. "It's not covered in your policy, man. Oh yeah, you're on your own now. They mad. You f*cked up."

The trailer for Dear White People, directed by Justin Simien, can be seen here.