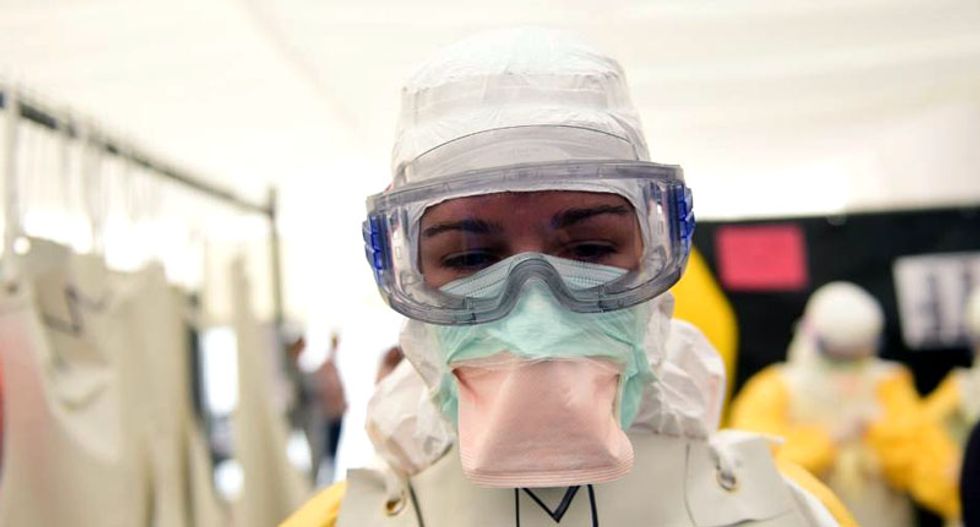 Health investigators were racing on Monday to figure out how a nurse in Texas contracted Ebola even though she used protective equipment when treating a Liberian who died of the disease in Dallas last week.

The inquiry, reported by the Dallas Morning News, underscores the increased scrutiny hospital officials face over whether safety precautions taken by medical staff are sufficient and as nurses groups demand better training to avoid becoming infected with the deadly virus.

The newspaper, which did not name the public agency leading the inquiry, said the nurse whose infection was reported on Sunday could have been exposed to Ebola when two invasive procedures were performed to try to keep Thomas Eric Duncan alive: kidney dialysis and intubation to help him breathe. Both procedures have a high risk of causing transmission.

Officials said the worker at Texas Health Presbyterian Hospital in Dallas had used protective gear during treatment, including gowns, gloves, masks and shields as recommended by the U.S. Centers for Disease Control and Prevention.

Meanwhile, Louisiana's top law enforcement official said he would file a temporary restraining order to prevent the personal items of Duncan, who died on Wednesday, to be buried in a local landfill, even after being incinerated.

Louisiana Attorney General Buddy Caldwell said material collected from Duncan and the Dallas apartment where he was staying was taken to Port Arthur, Texas on Friday to be processed at the Veolia Environmental Services incinerator. From there the incinerated material would go to a hazardous waste landfill in Louisiana.

"There are too many unknowns at this point, and it is absurd to transport potentially hazardous Ebola waste across state lines," Caldwell said in a statement.

The infected worker, a woman who officials have not named, is the first person to contract the disease in the United States. She had close and frequent contact during the 11-day treatment of Duncan.

The current Ebola outbreak is the worst outbreak on record and has killed more than 4,000 people, mostly in West Africa's Liberia, Sierra Leone and Guinea. Duncan, a Liberian, was exposed to Ebola in his home country and developed the disease while visiting the United States.

The Centers for Disease Control and Prevention (CDC) said on Sunday the nurse's illness indicated a professional lapse that may have caused other health workers at the hospital to be infected as well.