Iowa cops blow out tires of pregnant woman in labor, hold her at gunpoint for not stopping 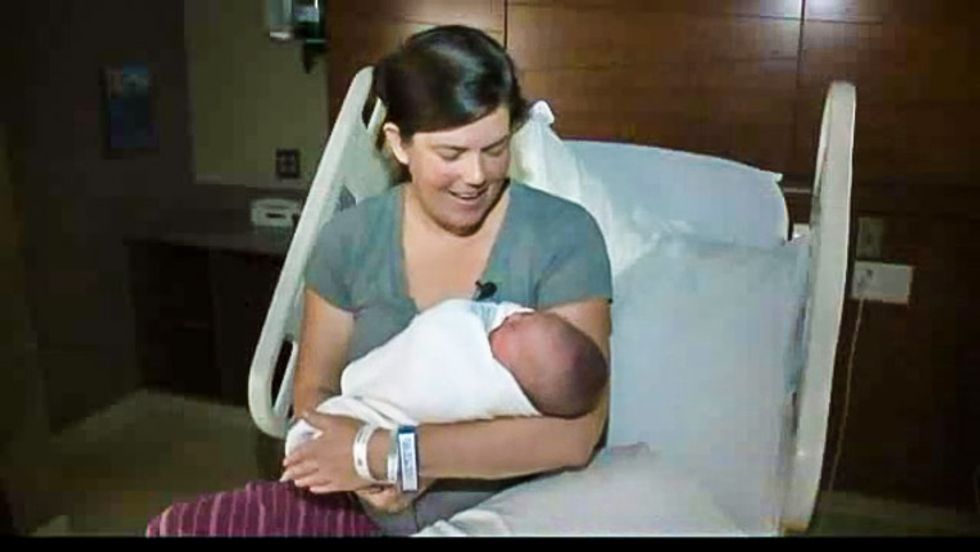 Rachel Kohnen was held at gunpoint while in labor (WHO-TV)

Police in Iowa used spike strips to stop a pregnant woman in labor who was rushing to the hospital, and then held her at gunpoint.

Ben Kohnen told WHO-TV that when his wife, Rachel, went into labor with her fourth child on Tuesday, something was different.

"She says, this is not like the others, this is happening right now," Ben Kohnen explained.

He admitted that he was going about 30 miles over the speed limit when Manson Police officers tried to pull the couple over.

“He starts following me and he turns on his lights an my wife says we can’t pull over. The baby is coming now,” Ben Kohnen recalled.

Rachel Kohnen said that she told her husband not to stop.

The couple called 911, but acknowledged that it was probably difficult for dispatches to understand the expecting mother between contractions.

And as the couple approached the outskirts of Fort Dodge, officer were prepared to use force.

The couple said that they were both forced to the ground and held at gunpoint.

"I was in the middle of the highway having contraction with guns pointed at me," Rachel Kohnen noted.

But eventually police realized that the situation was a medical emergency.

In the end, Rachel Kohnen made it to the hospital with an hour to spare. Her 10 pound baby girl was said to be "doing really well."

Manson Police Chief Tom Ritts told WHO-TV that the County Attorney would determine if charges would be filed against the couple. Ritts said the situation could have been avoided if the couple contacted 911 in advance.