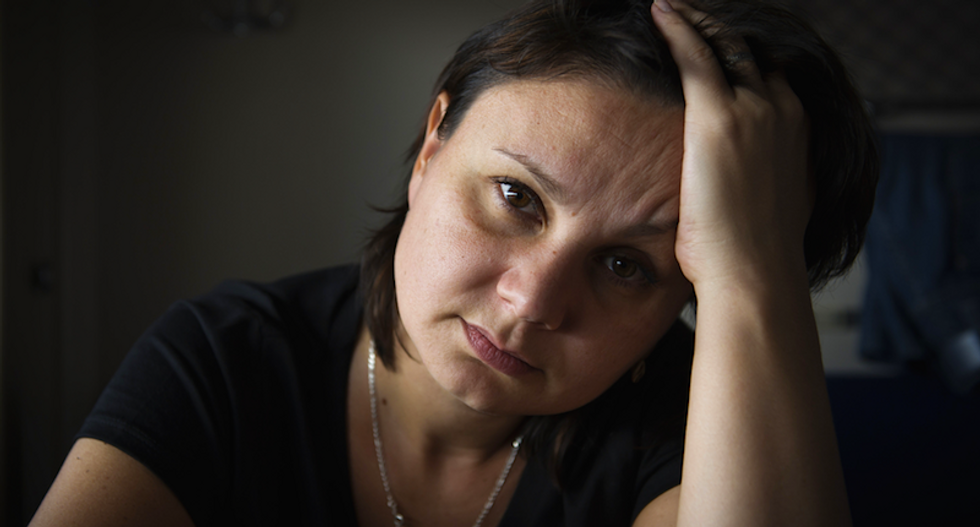 Many thousands of Americans who lost their homes in the housing bust, but have since begun to rebuild their finances, are suddenly facing a new foreclosure nightmare: Debt collectors are chasing them down for the money they still owe by freezing their bank accounts, garnishing their wages and seizing their assets.

By now, banks have usually sold the houses. But the proceeds of those sales were often not enough to cover the amount of the loan, plus penalties, legal bills and fees. The two big government-controlled housing finance companies, Fannie Mae and Freddie Mac, as well as other mortgage players, are increasingly pressing borrowers to pay whatever they still owe on mortgages they defaulted on years ago.

Using a legal tool known as a "deficiency judgment," lenders can ensure that borrowers are haunted by these zombie-like debts for years, and sometimes decades, to come. Before the housing bubble, banks often refrained from seeking deficiency judgments, which were seen as costly and an invitation for bad publicity. Some of the biggest banks still feel that way.

But the housing crisis saddled lenders with more than $1 trillion of foreclosed loans, leading to unprecedented losses. Now, at least some large lenders want their money back, and they figure it’s the perfect time to pursue borrowers: many of those who went through foreclosure have gotten new jobs, paid off old debts and even, in some cases, bought new homes.

"Just because they don't have the money to pay the entire mortgage, doesn't mean they don't have enough for a deficiency judgment," said Florida foreclosure defense attorney Michael Wayslik.

Advocates for the banks say that the former homeowners ought to pay what they owe. Consumer advocates counter that deficiency judgments blast those who have just recovered from financial collapse back into debt — and that the banks bear culpability because they made the unsustainable loans in the first place.

'Slapped to the floor'

Borrowers are usually astonished to find out they still owe thousands of dollars on homes they haven't thought about for years.

She moved to St. Louis, Missouri, where she managed to amass $20,000 of savings and restore her previously stellar credit score in her job as a service worker at an Amtrak station.

But on July 5, a process server showed up on her doorstep with a lawsuit demanding $91,000 for the portion of her mortgage that was still unpaid after the home was foreclosed and sold. If she loses, the debt collector that filed the suit can freeze her bank account, garnish up to 25 percent of her wages, and seize her paid-off 2005 Honda Accord.

"For seven years you think you're good to go, that you've put this behind you," said Huthsing, who cleared her savings out of the bank and stowed the money in a safe to protect it from getting seized. "Then wham, you get slapped to the floor again."

Bankruptcy is one way out for consumers in this rub. But it has serious drawbacks: it can trash a consumer's credit report for up to ten years, making it difficult to get credit cards, car loans or home financing. Oftentimes, borrowers will instead go on a repayment plan or simply settle the suits — without questioning the filings or hiring a lawyer — in exchange for paying a lower amount.

Though court officials and attorneys in foreclosure-ravaged regions like Florida, Ohio and Illinois all say the cases are surging, no one keeps official tabs on the number nationally. "Statistically, this is a real difficult task to get a handle on," said Geoff Walsh, an attorney with the National Consumer Law Center.

Officials in individual counties say that the cases, while virtually zero a year or two ago, now number in the hundreds in each county. Thirty-eight states, along with the District of Columbia, allow financial institutions recourse to claw back these funds.

Three of the biggest mortgage lenders, Bank of America, Citigroup, JPMorgan Chase & Co and Wells Fargo & Co. , all say that they typically don't pursue deficiency judgments, though they reserve the right to do so. "We may pursue them on a case-by-case basis looking at a variety of factors, including investor and mortgage insurer requirements, the financial status of the borrower and the type of hardship," said Wells Fargo spokesman Tom Goyda. The banks would not comment on why they avoid deficiency judgments.

Perhaps the most aggressive among the debt pursuers is Fannie Mae. Of the 595,128 foreclosures Fannie Mae was involved in – either through owning or guaranteeing the loans - from January 2010 through June 2012, it referred 293,134 to debt collectors for possible pursuit of deficiency judgments, according to a 2013 report by the Inspector General for the agency’s regulator, the Federal Housing Finance Agency.

It is unclear how many of the loans that get sent to debt collectors actually get deficiency judgments, but the IG urged the FHFA to direct Fannie Mae, along with Freddie Mac, to pursue more of them from the people who could repay them.

It appears as if Fannie Mae is doing just that. In Florida alone in the past year, for example, at least 10,000 lawsuits have been filed — representing hundreds of millions of dollars of payments, according to Jacksonville, Florida-based attorney Chip Parker.

In Lee County, Florida, for example, Dyck O'Neal only filed four foreclosure-related deficiency judgment cases last year. So far this year, it has filed 360 in the county, which has more than 650,000 residents and includes Ft. Myers. The insurer the Mortgage Guaranty Insurance Company has also filed about 1,000 cases this past year in Florida alone.

Andrew Wilson, a spokesman for Fannie Mae, said the finance giant is focusing on "strategic defaulters:" those who could have paid their mortgages but did not. Fannie Mae analyzes borrowers' ability to repay based on their open credit lines, assets, income, expenses, credit history, mortgages and properties, according to the 2013 IG report. "Fannie Mae and the taxpayers suffered a loss. We're focusing on people who had the ability to make a payment but decided not to do so,” said Wilson.

Freddie Mac spokesman Brad German said the decision to pursue deficiency judgments for any particular loan is made on a "case-by-case basis."

But homeowner-defense lawyers point out that separating strategic defaulters from those who were in real distress can be tricky. If a distressed borrower suddenly manages to improve their financial position – by, for example, getting a better-paying job - they can be classified as a strategic defaulter.

Dyck O'Neal works with most national lenders and servicing companies to collect on charged-off residential real estate. It purchases foreclosure debts outright, often for pennies on the dollar, and also performs collections on a contingency basis on behalf of entities like Fannie Mae. "The debt collectors tend to be much more aggressive than the lenders had been," the National Consumer Law Center's Walsh said.

Once financial institutions secure a judgment, they can sometimes have years to collect on the claim. In Maryland, for example, they have as long as 36 years to chase people down for the debt. Financial institutions can charge post-judgment interest of an estimated 4.75 percent a year on the remaining balance until the statute of limitation runs out, which can drive people deeper into debt.

"This is monumentally unfair and damaging to the economy," said Ira Rheingold, the executive director of the National Association of Consumer Advocates. "It prevents people from moving forward with their lives."

Software developer Doug Weinberg was just getting back on his feet when he got served in July with a $61,000 deficiency judgment on his old condo in Miami's Biscayne Bay. Weinberg thought the ordeal was over after Bank of America, which rejected Weinberg’s short sale offers, foreclosed in 2009.

"It's a curse," said Weinberg. "It's still haunting me. It just doesn't go away."

As of 8:30 pm, more than 100 people remained on the Harahan Bridge with protest leaders saying they wanted to talk with Memphis Mayor Jim Strickland and Memphis Police Department Chief Cerelyn "C.J." Davis before disbanding. MPD officers closed off roads leading to the bridge―and several others downtown―but had not directly confronted protesters. Protesters started moving off of the bridge around 9:00 pm. As they marched eastbound on E.H. Crump Boulevard towards police, they locked arms and chanted "we ready, we ready, we ready for y'all." Protestors then turned north, toward central downtown. As they passed by residences, some people came out on their balconies to cheer.

\u201c"They are chanting, they are calling the name of Tyre Nichols."\n\n@PriscillaWT reports from protests on a Memphis highway after the release of a video showing the fatal police beating of Tyre Nichols. https://t.co/KYY7bFKvMQ\u201d
— NBC News (@NBC News) 1674868123

Demonstrators and the Nichols family have called for disbanding the MPD Street Crimes Operation to Restore Peace in Our Neighborhoods (SCORPION) team that launched in 2021 and was involved in the traffic stop. The Memphis mayor said Friday afternoon that the unit has been inactive since Nichols' January 10 death.