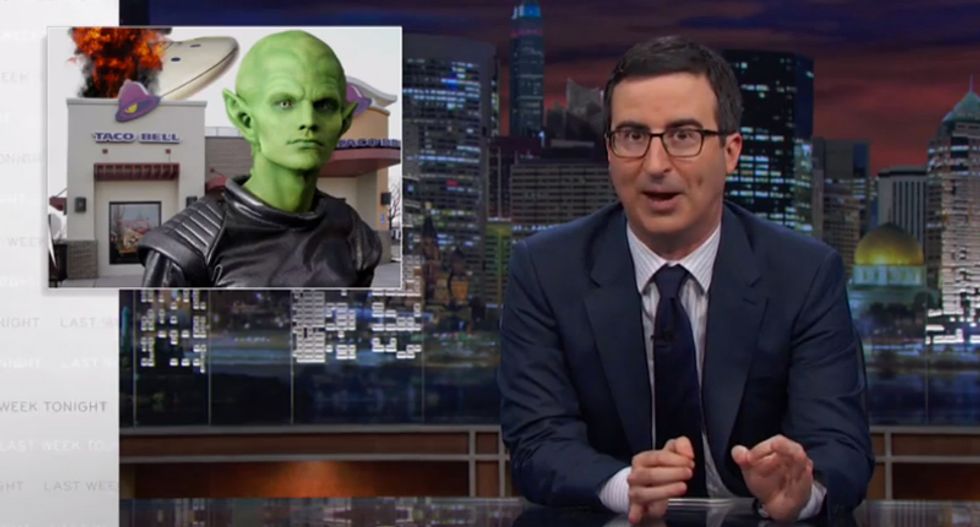 On HBO's This Week Tonight, host John Oliver looked at civil forfeiture laws which have allowed police and prosecutors to take private property from citizens and use the proceeds to buy "toys," ranging from Zamboni ice-resurfacers to margarita machines.

Noting that 'civil forfeiture' sounds like "a Gwyneth Paltrow euphemism for divorce" Oliver pointed out that the procedure allows the police and authorities  to seize people's property even when no crime has been committed.

Oliver shared a clip of one man who had $2,400 given to him by his father to start up a job, only to have it confiscated by  Nevada police who suspected him of driving to California from Michigan with the money to buy drugs.

"Wow. There is so much wrong there," Oliver said. "Including the fact that any policeman who genuinely believes you need to drive from Michigan to California to purchase drugs, needs to be introduced to the concept of the University of Wisconsin-Madison."

Oliver noted the rising tide of police pulling motorists over and asking if they are carrying large quantities of cash while pointing out that, since 9/11,  authorities have used one program to acquire over $2.5 billion in the course of close to 62,000 cash seizures in cases where people were not charged with a crime.

Oliver went on to point out that the proceeds from the seizures which have included cash, real estate, and cars are often used to purchase what one police chief from Missouri termed "toys" paid for with "pennies from heaven."

Among the items purchased was a Zamboni ice-surfacing machine purchased by a Massachusetts District Attorneys office, and reports from Montgomery County, Texas, of proceeds being use to purchased kegs of beer, Crown Royal whiskey,  and a margarita-making machine for office parties.

"That's true," Oliver deadpanned. "In Texas they bought a margarita machine. They were literally using this money as their own personal slush fund."