John Stossel: Ebola is being overhyped like climate change by 'especially you women' 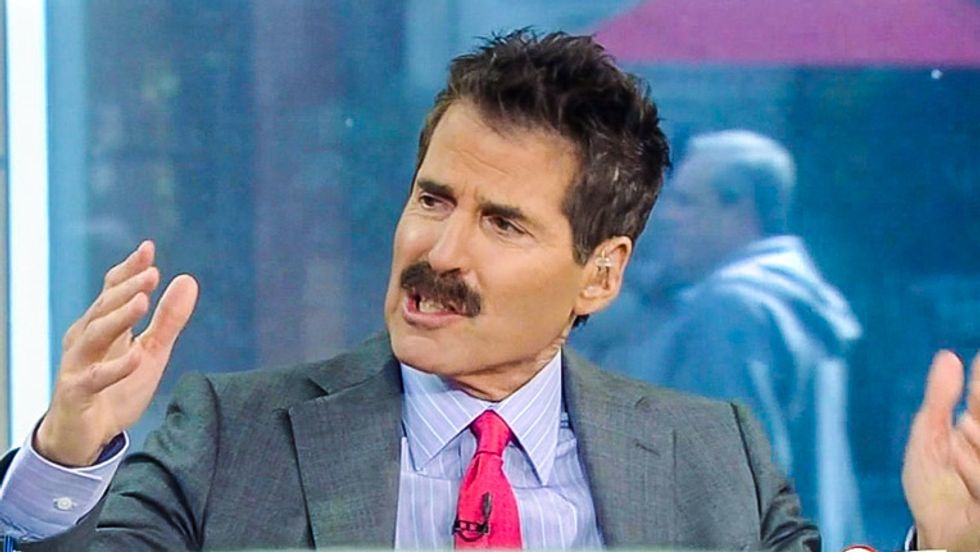 "He should say this is an overhyped risk being pumped by news media like us, especially you women who are more scared of Ebola," the libertarian news man quipped.

"But there are real risks in life, but Ebola is -- it may prove to be, it's unlikely. It's hard to catch," he continued. "The regular flu kills thousands and thousands of people. There's so much other stuff. Driving a car in the rain, promiscuous sex, drinking too much. There are real things to worry about. This distracts us from that."

Co-host Sandra Smith speculated that an "uncertainty" about Ebola was "causing the hype."

"And it's what they said about SARS, bird flu, flesh-eating bacteria, all of the stuff -- global warming -- that's going to kill us," Stossel replied.

"John Stossel, picking on us for being women," co-host Harris Faulkner said at the conclusion of the segment. "We'll see what happens to you during the commercial."

"You're all wrong on this," Stossel said.