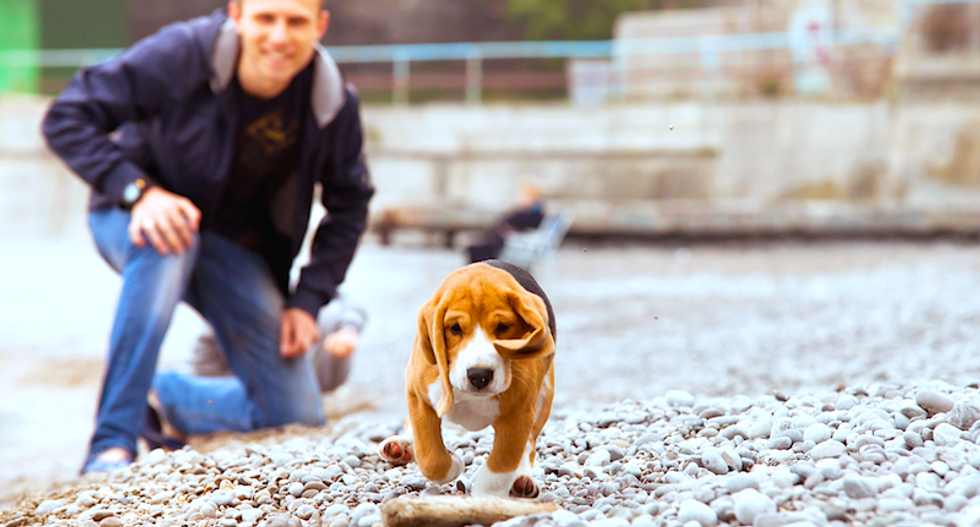 A federal magistrate judge awarded $50,000 to California man after a park ranger used a Taser on him during a confrontation over an unleashed dog.

Gary Hesterberg was walking his two dogs Jan. 29, 2012, at Rancho Corral de Tierra, which had recently come under the oversight of National Park Rangers as part of the Golden Gate National Recreation Area.

His rat terrier was off-leash, but Hesterberg’s beagle was leashed because the dog “was not the smartest tool in the shed,” reported KQED-TV.

Ranger Sarah Cavallaro had been ordered to issue warnings about a new leash law at the park, and she attempted to do so after spotting the 50-year-old Hesterberg and his pets.

Hesterberg initially lied about his identity, and he told the ranger he had received his warning and would leave as she attempted to verify his name, the station reported.

Cavallaro then drew her Taser, pointed the nonlethal weapon at his chest, and ordered Hesterberg to put his hands behind his back.

“What, are you going to tase me now?” Hesterberg said to the ranger, according to court documents.

He then told Cavallaro he had a heart condition, and the ranger ordered him to turn around and put his hands behind his back.

Instead, Hesterberg began to slowly jog away from the ranger, who fired Taser darts into his back and buttocks.

Cavallaro did not give a verbal warning she would use the Taser, court documents show, but she did order him to stop.

Hesterberg fell face-first onto the asphalt trail, and he told the court he feared he might die.

"I’ve never seen anything like it," said John Bartlett, one of three witnesses to the incident. "I’m 77 years old, never had such an emotional reaction to something. I didn’t know if the guy was dying -- for a leash on a dog."

The ranger cited him for failure to obey a lawful order, providing false information, and walking a dog off-leash, but San Mateo County prosecutors failed to pursue any of the charges.

Hesterberg then filed a federal lawsuit alleging battery and negligence, and Judge Jacqueline Scott Corley eventually ruled against the ranger.

“Tasers can kill,” said Michael Haddad, one of Hesterberg’s attorneys. “They should never be used against a non-threatening person as the ranger did here.”

The magistrate judge considered the severity of the alleged crimes Hesterberg had attempted to flee and whether he was actively or passively resisting the ranger.

The judge dismissed testimony from the National Park Service’s deputy chief of law enforcement, saying he “revealed a startling lack of awareness of the law and its application to use of force scenarios.”

The NPS official, Hunter Bailey, admitted he was unaware of 9th Circuit Court of Appeals rulings on the legal standard for Taser use, the station reported.

Cavallaro remains on the job as a park ranger after the Department of the Interior found she “acted within agency policy and her training.”