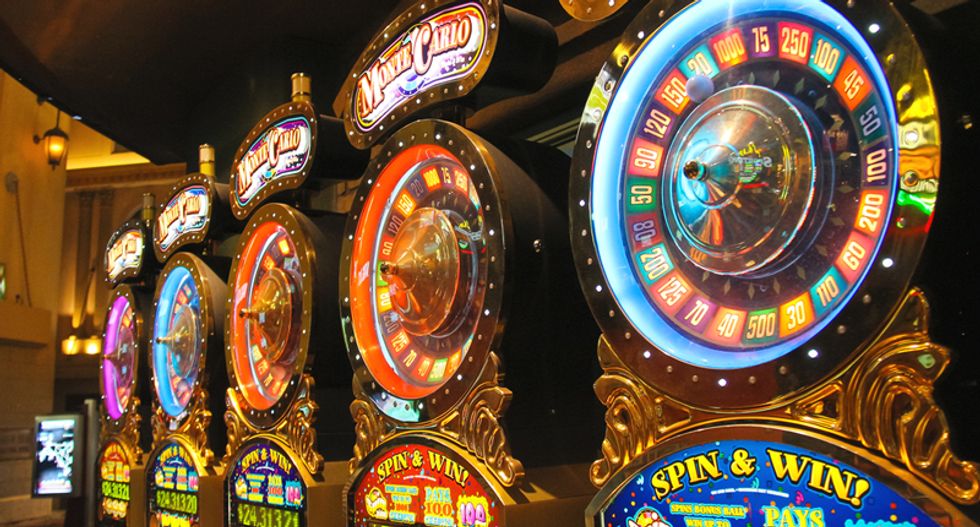 SAN FRANCISCO (Reuters) - A U.S. judge has ordered the closure of an American Indian casino in central California following an armed standoff between one tribal faction that was running the gambling establishment and other members of the tribe who stormed the business.

U.S. District Judge Lawrence O'Neill of the Eastern District of California on Friday issued the decision to close the Chukchansi Gold Resort & Casino in Coarsegold and set a hearing for Wednesday to hear from the two factions involved in the dispute and attorneys for the state.

On Thursday night, one faction of the tribe entered the casino and confronted another tribal group that ran the business, in a dust-up that sent guests fleeing from the gambling tables, said Madera County Sheriff's Department spokeswoman Erica Stuart.

No shots were fired in the confrontation between the two factions and no one was badly hurt, Stuart said. At one point, casino patrons were locked out of their rooms, she said.

Security images from the hotel showed men scuffling in a hallway, with one man holding down another person on the floor.

The pictures were submitted in court papers by the California Attorney General's Office, whose attorneys argued for the casino's temporary closure on the grounds that the Picayune Rancheria of the Chukchansi Indians violated its agreement with the state by allowing the situation at the establishment to become dangerous in a standoff between two armed groups.

A representative for the tribe could not be reached for comment.

The dispute between the two factions stems from 2012 when a conflict erupted over the seating of a tribal board, Stuart said. Several weeks ago, one group took over the casino and the opposing faction on Thursday sought to reclaim it, she said.

Judge O'Neill in his order on Friday prohibited members of the tribe from attempting to re-open the casino, deploying tribal police near the establishment or having firearms on tribal properties.

The National Indian Gaming Commission also ordered the casino to close, according to the Fresno Bee.