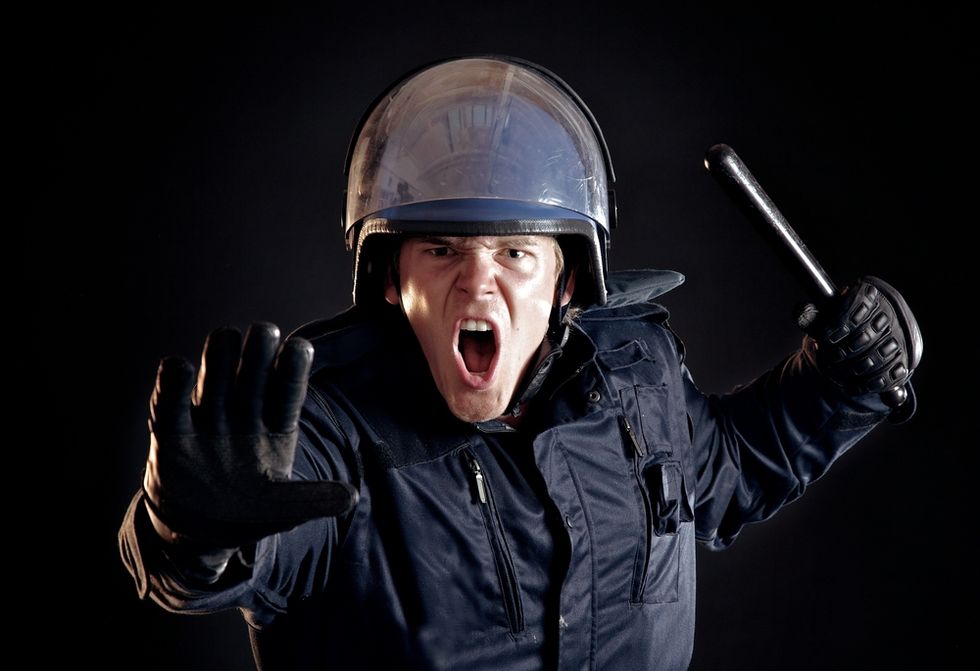 The Justice Department has stopped deportation proceedings against a 27-year-old undocumented immigrant and tapped him as a material witness in the investigation concerning his apparent beating at the hands of police, the Huffington Post reported.

Prosecutors dropped charges of resisting arrest and assault on a police officer against Edgar Arzate following his Oct. 1 arraignment on a federal warrant in Santa Ana, California, where police attacked him this past June while he was surrendering outside a local residence.

"The system is working as it should -- Edgar was falsely charged and removed off the streets before he exposed these erroneous charges," Arzate's attorney, public defender Frank Bittar, was quoted as saying. "It's really heartening to see that there are extraordinary people working for federal agencies that keep other authorities in check and are truly interested in unbiased justice."

Arzate still faces one charge of felony attempted burglary in connection with the encounter. At the time, Arzate mistakenly went to what he thought was a friend's home. However, the friend no longer lived there.

The current residents called police after seeing Arzate, who has a history of mental health and drug-related issues, "mumbling incoherently" outside the residence. Arzate ran from authorities before being caught outside another home. Surveillance footage shows him lay down on the ground, before being grabbed by two officers. One of the officers immediately begins hitting him, and another officer can be seen clubbing him with a flashlight.

Two more officers can be seen observing the attack but not moving to interfere. Eventually, they seem to motion to their colleagues that they are being filmed, at which point Arzate is moved out of camera range before allegedly continuing to beat him.

No officers have been charged in connection with the incident. Arzate was on his way to a hearing related to the encounter two months later when he was picked up by Immigration and Customs Enforcement agents and put inside a detention facility.

Because of his arraignment, Arzate -- who was brought into the U.S. as a teenager but is ineligible for the federal Deferred Action for Childhood Arrivals program due to his criminal record and two prior deportations -- is eligible to apply for a U visa, which is offered to immigrants confirmed by law enforcement officials as victims of a crime. Arzate may also be able to receive an S visa, granted to immigrants aiding authorities during an investigation.

Watch footage of the attack against Arzate, as posted online, below.