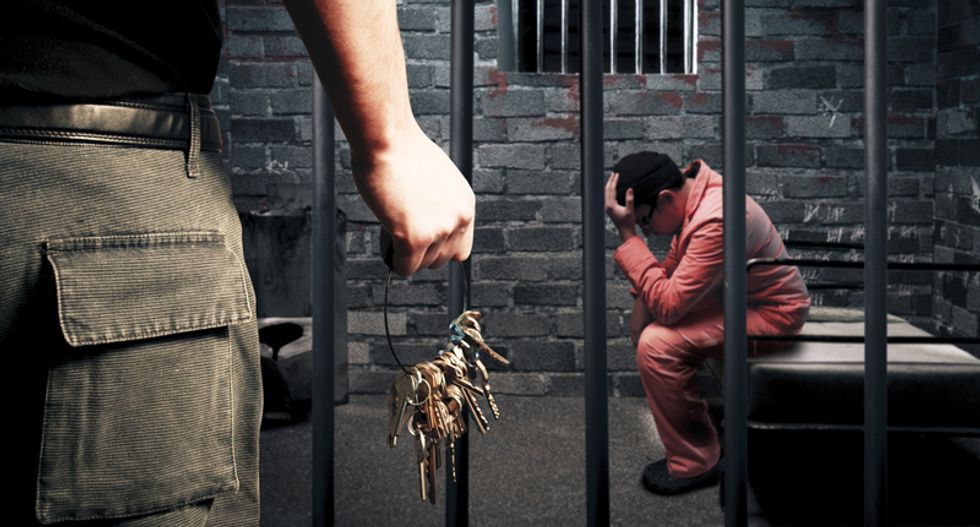 According to AL.com, the lawsuits have been filed over the deaths of three inmates, including a 19-year-old who died naked on a cell floor from gangrene.

The three suits allege the jailers in Madison County withhold the basic medical care in order to save money, believing that the insurance carried by the out-sourced medical contractor will cover any lawsuits filed against them.

One of the lawsuits alleges that Deundrez Woods, a 19-year-old from Huntsville, died in jail in August as the result of a gangrenous wound in his foot that was left untreated.

According to court documents, Woods was being held for shoplifting Star Wars DVDs at Wal-Mart in June and then for passing a phony $100 bill in July.

While in jail a wound in Woods' foot developed gangrene, the infection causing him to begin hallucinating and unable to communicate. Woods was placed in a "medical observation cell" on Aug. 6, 2013, however  jail records show that he had no access to water after Aug. 12, there is no record of him eating after Aug. 14, and no nurses visited him after Aug. 14. Once authorities noticed the smell from Woods' foot he was hosed down and moved into a different cell.

"Still, no correction officer or ACH nurse did anything to even check Woods, let alone help him," reads the complaint. The suit states that jail records show no one took his temperature, checked his blood sugar or assessed his condition. "The gangrenous wound on top of his right foot was clearly visible had anyone bothered to look."

"Woods went from normal, to aggressive and disruptive, to barely responsive, to all but dead as correction and medical staff watched."

According to the suit Woods was found on the floor of his cell, dead from a blood clot that originated in his gangrenous foot.

Tanyatta Woods, the mother of the teen,  filed the suit stating  that Madison County Sheriff Blake Dorning, jail administrator Steve Morrison, Dr. Arthur Williams, the director of medical care at the jail, and Dr. Norman Johnson, who is the CEO of Advanced Correctional Healthcare, are "part of an explicit or implicit agreement or plan to delay or deny necessary medical care to avoid having to pay for medical care."

The other two  lawsuits refer to Tanisha Jefferson, 30, who died of an intestinal blockage after being denied medical care for 13 days after being jailed for harassment, and 61-year-old Nikki Listau, also in jail for harassment, who died from complications resulting from a broken femur sustained after she fell out of her prison bunk.

Civil rights attorney Hank Sherrod who filed all three lawsuits claims that the Madison County jailers are relying on the insurance coverage maintained by Advanced Correctional Healthcare to shield them from lawsuits, and to save money by not dealing with inmate medical problems..

"ACH's business model, reflected in the agreement, succeeds by underbidding the competition and implementing severe cost control measures," Sherrod said. "The necessary result of which is inmate suffering and liability claims (dealt with through liability insurance.)"

Jeff Rich, attorney for Madison County, would not comment on pending litigation, saying the three lawsuits are "being vigorously defended."