LGBT people are not, actually, all billionaires who brunch 24/7 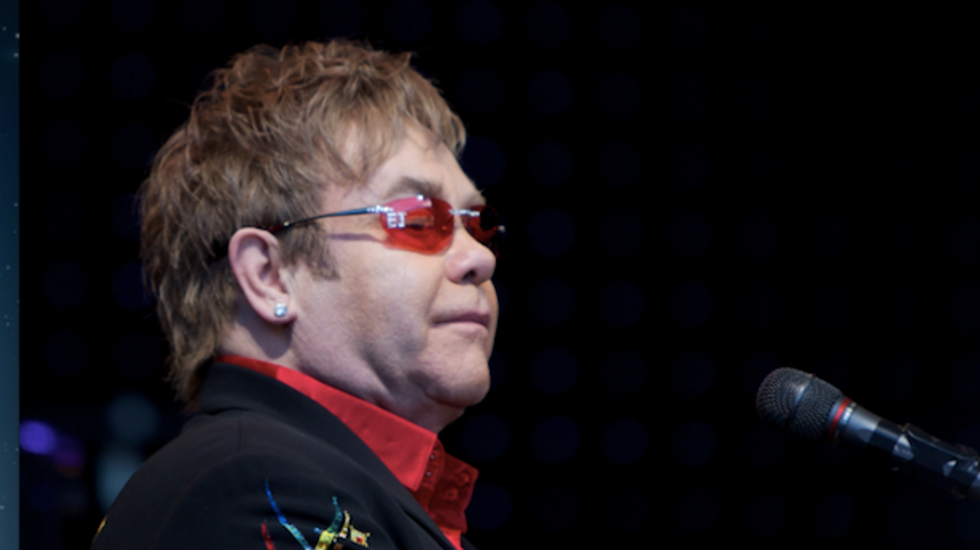 A new report from the Movement Advancement Project and Center for American Progress shatters the myth and reveals that LGBT actually are worse-off financially than their hetero brothers and sisters. For instance, while  39% of non-LGBT adults in the U.S. report they are thriving financially, only  29% of LGBT adults do. While 17% of non-LGBT people who live alone make less than $12,000 a year, 20.7% of LGBT people living alone earn less than $12,000. Transgender people are almost four times as likely to earn less than $10,000 than the rest of the population even though transgender people have much higher rates of college and graduate school education. Single LGBT people with children are three times more likely to be living near the poverty line than the rest of the population with children. And married or partnered LGBT parents are twice as likely to earn incomes close to the poverty line than married or partnered non-LGBT parents. Children raised my same-sex couples are nearly twice as likely to live in poverty than are children raised by married heterosexual couples.

The study lays out the three main causes of the financial disadvantages faced by LGBT people:

1. Lack of protection from discrimination means that LGBT people can be fired, denied housing, and refused medically-necessary healthcare simply because they are LGBT. The financial penalty: LGBT people can struggle to find work, make less on the job, and have higher housing and medical costs than their non-LGBT peers. 2.Refusal to recognize LGBT families means that LGBT families are denied many of the same benefits available to non-LGBT families when it comes to health insurance, taxes, vital safety-net programs, and retirement planning. The financial penalty: LGBT families pay more for health insurance, taxes, legal assistance, and essential protection for their families in times of crisis. 3. Failure to adequately protect LGBT students means that LGBT people and their families often face a hostile, unsafe, and unwelcoming environment in local schools, as well as discrimination in accessing financial aid and other support. The financial penalty: LGBT young people and the children of LGBT parents are more likely to perform poorly in school and to face challenges pursuing postsecondary educational opportunities. This, in turn, can reduce their earnings over time, as well as their chances of having successful jobs and careers.

See the infographic of this information below. So, this is the terrible news. But the good news is that we know how to fix the problem. Pass anti-descirimination legislation. I know this seems terrible unjust to those who equate family values with forcing parents and their children to live in poverty. Oh well. They'll have to get over that. 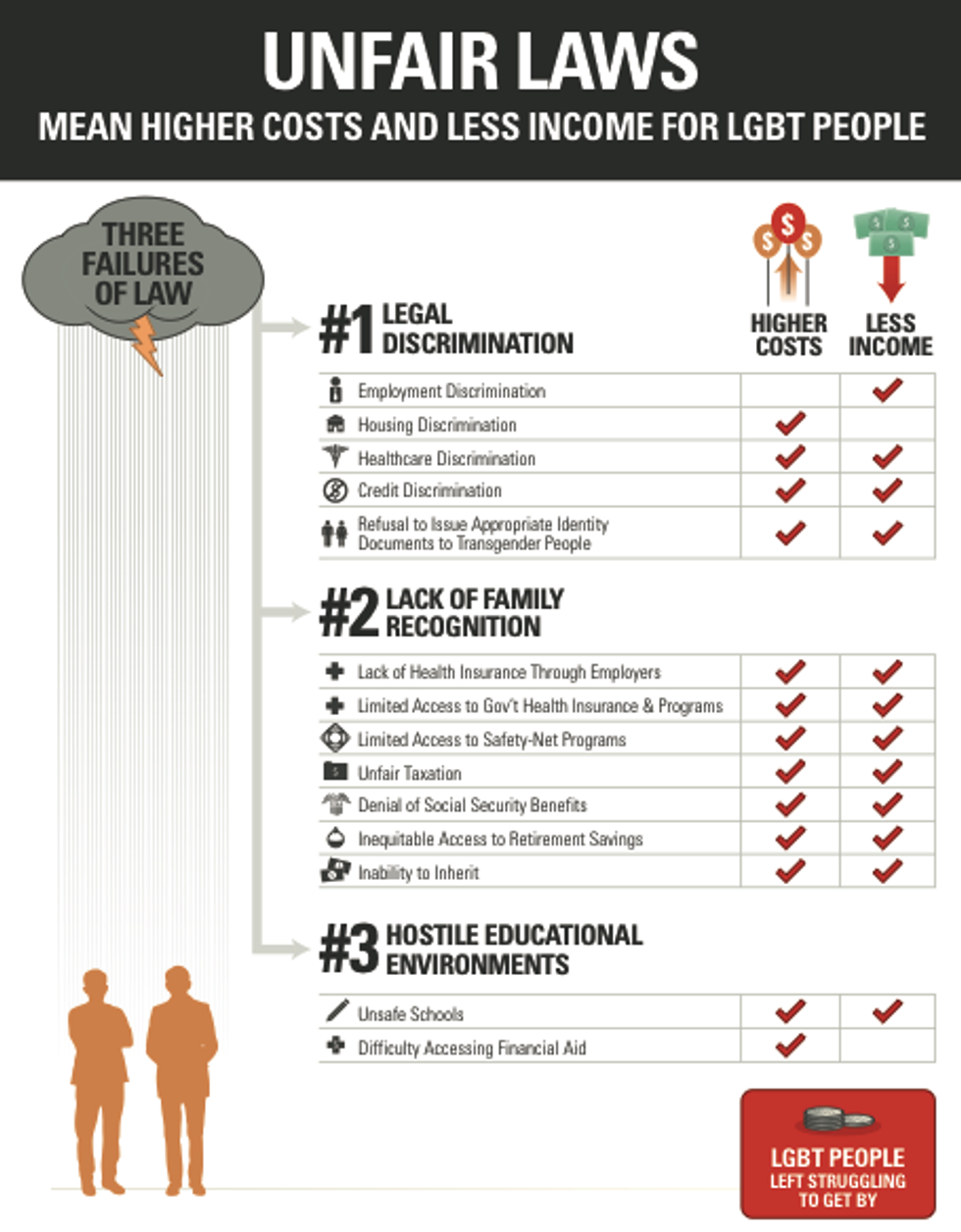