Mass grave discovered near town in Mexico where students disappeared 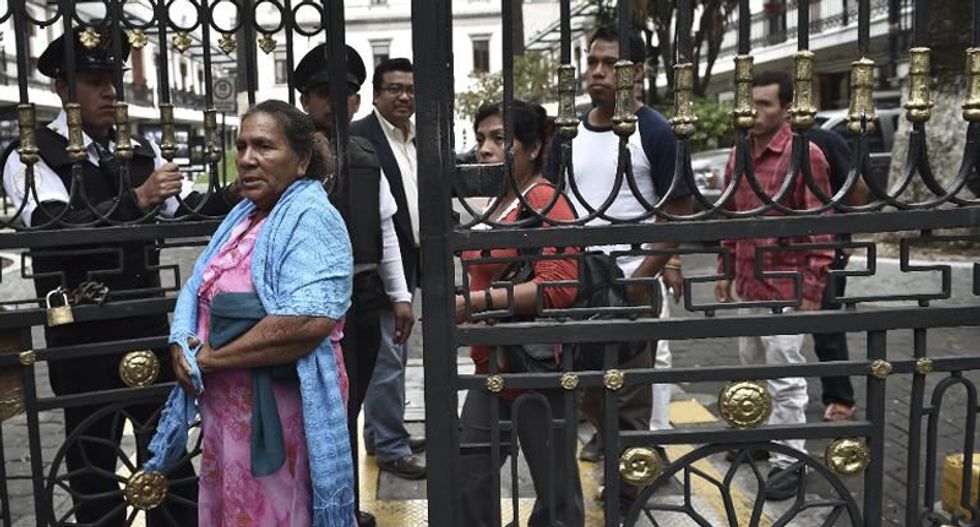 Authorities unearthed on Saturday unmarked graves containing a number of bodies on the outskirts of a southern Mexico town where 43 students disappeared after a deadly police shooting last week.

"It's hard to be sure that it's the missing students because we must conduct expert tests and find similarities with the people being searched," a state police agent at the scene told AFP on condition of anonymity.

The graves were in rough terrain in a hillside community that is part of the Iguala municipality. Police kept reporters far from the site.

The 43 students disappeared last weekend after Iguala municipal officers shot at buses that the group had seized to return to their teacher training college near the state capital Chilpancingo.

Three students were killed. Another three people died when police and suspected gang members shot at another bus carrying football players on the outskirts of town.

Witnesses told AFP that the officers took away several students in patrol cars after the shooting. One witness said he saw 30 to 40 people taken away.

The officers are suspected of having links to criminal gangs, raising fears about the students' fate in a country where drug cartels often bury their victims in mass graves.

Around 30 bodies were found in mass graves in Iguala alone this year.

Another police official said the pits on the outskirts of Iguala were found thanks to an anonymous phone tip.

"We are very worried. The families are very anxious," said Vidulfo Rosales, a human rights lawyer representing relatives of the missing.

Authorities have detained 22 Iguala officers over the shootings and issued arrest warrants for the town's mayor and security chief, both of whom have disappeared.

The United Nations has urged Mexican authorities to conduct an "effective and diligent" search for the missing, calling the case "one of the most terrible events of recent times."

Dozens of police officers, soldiers and investigators were deployed to the area after the graves were found.

Guerrero is one of the most violent states in Mexico, with gangs known as "Guerreros Unidos" and "Los Rojos" engaged in bloody turf wars.