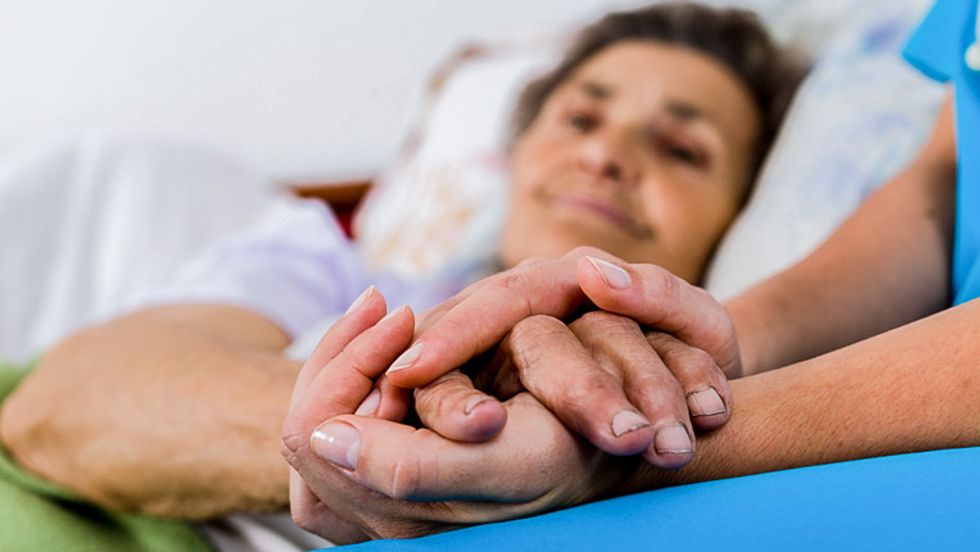 A Democratic candidate for the Michigan state House said this week that his opponent had gone too far with a mailer that gave out the number of his ailing 91-year-old mother, who was in hospice care in a Portage nursing home.

The mailer warns that "Obamacare and John Fisher could leave us bedridden," and encourages voters to call a number that rang at his mother's bedside, according to EclectaBlog.

Fischer's campaign told Mlive.com that his his mother was suffering from congestive heart failure, and was being cared for by hospice.

In a statement, Fischer said that past mailers from the Michigan Republican Party had told voters to call him directly, and that "worked to my advantage, because most people agree with me that policies that improve life for families and seniors are good for Michigan."

"But to direct people to call a suffering woman who deserves peace and comfort is beyond the pale," Fischer said in the statement. "Their lack of ethics and contempt for personal privacy is just another reason for people to question what – or better, who – the Republican Party stands for, so that they can make a wise decision at the ballot box on Nov. 4."

"I am disgusted that Republicans are recklessly bullying my mother when she needs rest and quiet the most, but she is not the only senior in Michigan whose life has been disrupted because of them," he added, calling on GOP nominee Brandt Iden to denounce his own party's tactics.

Iden issued a statement distancing himself from the mailer, but stopped short of repudiating his party for it.

"Obviously, as you know, it was not sent out by our campaign," the statement said. "I don't condone negative campaign tactics and it's not something my campaign has done or anticipates doing."