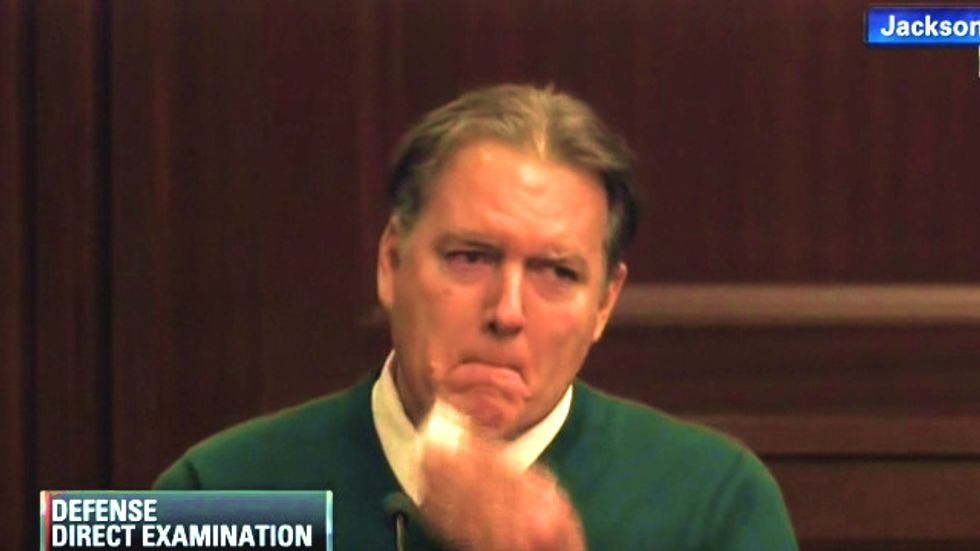 Michael Dunn, a middle-aged white man, was sentenced to life in prison without parole, plus 90 years, by a Florida judge on Friday for killing an unarmed black teenager in an argument over loud rap music.

Dunn, 47, a software engineer, testified at his murder trial last month he thought he was defending himself from an armed threat when he fired 10 rounds at an SUV carrying four teens at a Jacksonville gas station parking lot, killing Jordan Davis, 17, in November 2012.

Under Florida law, first-degree murder is punishable by life in prison without parole. Dunn received an additional 90 years in prison for earlier convictions on three counts of attempted murder of the other teens, none of whom were injured. Prosecutors waived the death penalty before trial.

The Dunn case drew comparisons to George Zimmerman, who was acquitted of murder in Florida last year in the shooting of Trayvon Martin, another unarmed black 17-year-old. Zimmerman, a neighborhood watch volunteer, said he fired in self-defense.

Dunn and Davis exchanged words before the shooting about the loud music coming from the SUV.

The jury, composed of 10 whites and two blacks, took less than five hours to reach a verdict. In a previous trial in February, a jury deadlocked after deliberating the murder charge in Davis' death for four days, but convicted Dunn on three counts of attempted murder for firing at the other teenagers in the vehicle.

State Attorney Angela Corey said Dunn's actions after the shooting, including leaving the scene without calling 911, were clear evidence of guilt.