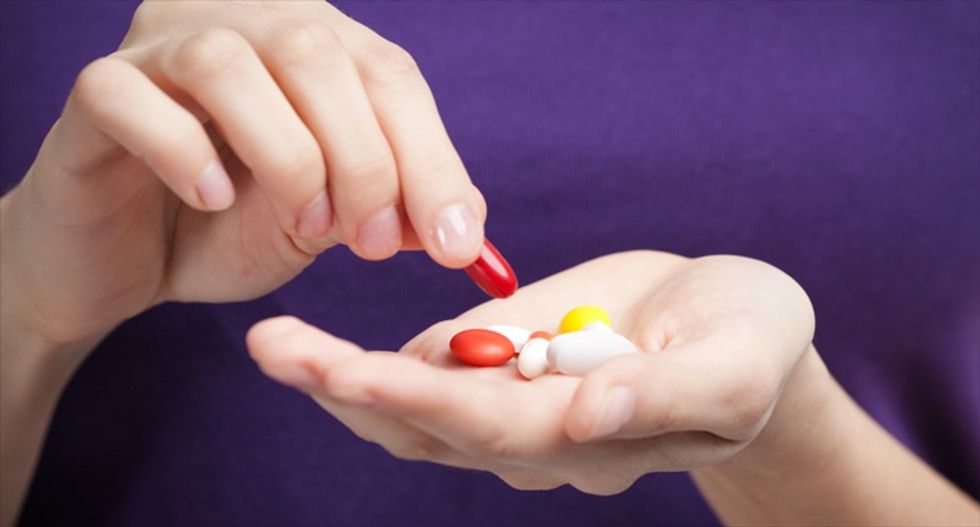 Free antibiotics have been given out to more than 400 San Diego State University students potentially exposed to bacterial meningitis from a campus sorority member who died of the disease early on Friday, campus and public health officials said.

Sara Stelzer, an 18-year-old freshman, was admitted to a San Diego hospital earlier in the week with a high fever and other symptoms and died on Friday morning, according to the university's student affairs vice president, Eric Rivera.

Stelzer, a member of the Kappa Delta sorority, had contact with hundreds of people in San Diego, including her sorority sisters and members of two fraternities - Alpha Epsilon Pi and Delta Sigma Phi - during a party last Thursday before she became symptomatic, public health authorities said.

She attended regular classes until Monday of this week and also spent time at a homecoming celebration last weekend at Moorpark High School in her hometown of Moorpark, California, north of Los Angeles, according to the Ventura County Health Department.

"We are deeply saddened by the loss of one of our students to this terrible illness," Rivera said in a written statement. "Sara was a vibrant young woman who loved San Diego State, her friends and the time she spent at our university."

Stelzer was hospitalized on Tuesday morning and diagnosed with meningococcal meningitis, a bacterial form of the disease marked by acute swelling of the protective membranes covering the brain and spinal cord, San Diego County health officials said.

Symptoms typically begin with headache, neck stiffness, fever and nausea, and the most severe cases can result in hearing loss, brain damage, kidney disease and death.

The bacteria can be spread through direct contact with a sick person's saliva or mucus by way of sharing utensils, kissing or exposure to their throat and nasal secretions.

Although transmission is more likely in close quarters with an infected person, meningococcal meningitis cannot be contracted merely by breathing the air where an ill person has been, public health officials say. The time between exposure and onset of symptoms ranges from two to 10 days.

The 400-plus students provided with preventive antibiotics included Stelzer's classmates, sorority and fraternity members she socialized with and anyone else concerned they may have been exposed, campus officials said.

Students were notified of possible exposure through mass emailings, notices posted on campus and a message recorded on the call-in line of the student health service center.