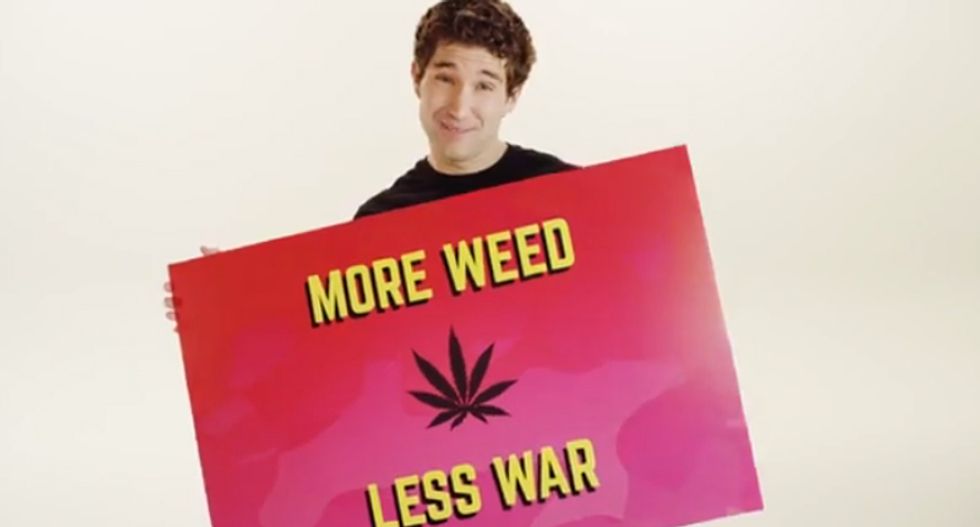 A conservative group, founded with money from the conservative Koch brothers, is seeking to influence the outcome of a tight senate race in North Carolina by promoting the candidacy of a perennial candidate turned  pizza delivery man, urging younger voters to vote for his platform of "more weed, less war."

According to VOX, the American Future Fund (AFF)--  founded by GOP operative Nick Ryan with the bulk of its funding in the past coming from two Koch brother-funded organizations, -- is behind the $225,000 ad campaign  hoping to draw millennial and younger votes away from incumbent Democratic Senator Kay Hagan.

Hagan is currently locked in a tight battle with Republican challenger Thom Tillis.

Other ads specifically target Hagan, saying she is "pro-war," and "Kay Hagan doesn't support those values [pot and peace], but Sean Haugh does," without mentioning Tillis.

Tillis has taken no position on the legalization of marijuana, calling the issue "nuclear," and in need of more studies.

Hagan does not favor the legalization of marijuana, but has called for changes in the drug laws which discriminate against minorities and teh poor.

For Haugh this is his fifth political campaign, and a return to politics after swearing off running in 2010. Haugh now says he is running because he, “couldn’t stand the idea of walking into the voting booth and just seeing the Democrat and the Republican on the ballot.”

Prior to the outside money ad buy, Haugh's campaign has mainly been posting videos to YouTube.

A spokesperson for the Koch-funded Freedom Partners group said they are not funding AFF and have nothing to do with the ads. Because AFF is a "dark money" group, they do not have to report who their donors are.

Watch an American Future Fund ad for Haugh below, uploaded to YouTube:

A Freedom Partners spokesman told the Washington Post's Matea Gold that the group isn't funding AFF this year, and has nothing to do with the ads for Haugh. But since AFF doesn't disclose its donors, we don't know who's footing the bill for this strange strategy — and we probably never will.