NC pastors on Jimmy Carter's 90th birthday: He could 'go to hell' for making Jesus a gay-loving 'hippy' 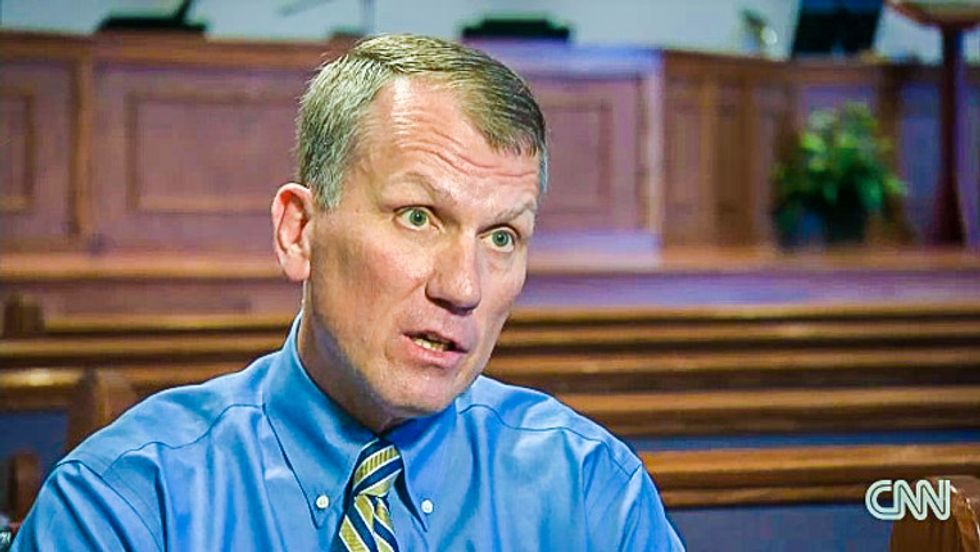 Two North Carolina pastors speculated recently that former President Jimmy Carter (D) may be going to hell because he had said that Jesus would not condemn LGBT people.

While speaking to students at Grand Rapids Community College last month, Carter had responded to a question about LGBT rights.

“I never knew of any word or action of Jesus Christ that discriminated against anyone," the former president said, adding that discrimination based on sexual orientation was like prejudice against a person for their skin color or financial status.

McManus began by reminding listeners who Carter was.

"Plenty of times people criticizing our current president, saying it's the worse president since Jimmy Carter," he said. "So, he seems to be that modern benchmark of, at least, mediocrity as far as a president goes. And then to be followed up by Reagan who was, you know, almost wildly successful and pretty, you know, idolized by so many."

McManus argued that Carter had been wrong to liken skin color to sexual orientation because a person's skin color could not be suppressed.

"We'll embrace the hippy, you know, Jesus loves everybody kind of picture of Christ, and ignore the fact that, you know, he was very exclusive in who he dealt with, and who was in the Kingdom," McManus opined.

"There are no states in the union with George Wallaces and Bull Connors that are setting fire hoses and dogs on people," McManus offered. "When you walk out on the street, nobody knows that you are a homosexual... The equality thing is a myth. They are absolutely equal, they have every right that every other American has, there is no civil right that they are denied because marriage isn't a civil right."

But what really upset the pair of pastors was that Carter was using his credentials as a "born again" Southern Baptist to push equal rights for gay and lesbian Americans.

"I can't make an argument for homosexual equality from the perspective of atheism and evolution," McManus opined. "Because somehow if you did evolve into a homosexual species, you would cease to exist immediately because you wouldn't reproduce. So what do I have to do? I have to go the God route, and say God made me this way."

"That's why we have so many -- quote, unquote -- gay Christians. Because that's the route that need to take," he continued. "And Carter is the perfect mouthpiece for that position."

The senior pastor then pointed out that Carter had his 90th birthday earlier this month.

"For some reason, the older you get, the more difficult it is to hold on to traditional values," Harris lamented. "Think about the world's famous evangelist, Billy Graham. You know, this was a guy in the 70s that insisted that Christ was the only way to the Father, and would preach revivals. And now he's wavering on things like this."

"We pray that Carter is converted, and that he doesn't go to hell," he concluded. "The reality is, we all go to heaven or hell. And when you have so disregarded so much of the Bible, you wonder. I mean, you just wonder. You don't have a warm fuzzy that the man is born again."

Harris said that the day was coming when Carter was "going to give an account for every idle word spoken. You don't get this kind of platform and then get a bye."

"What a scary position to be in."

In 2012, Harris was criticized after he advocated beating gay children.

"Dads, the second you see your son dropping the limp wrist, you walk over there and crack that wrist," he told his church at the time. "Man up, give them a good punch, OK. 'You're not going to act like that. You were made by God to be a male and you're going to be a male.'"

Listen to the audio below from Berean Baptist Church, recorded Oct. 1, 2014.