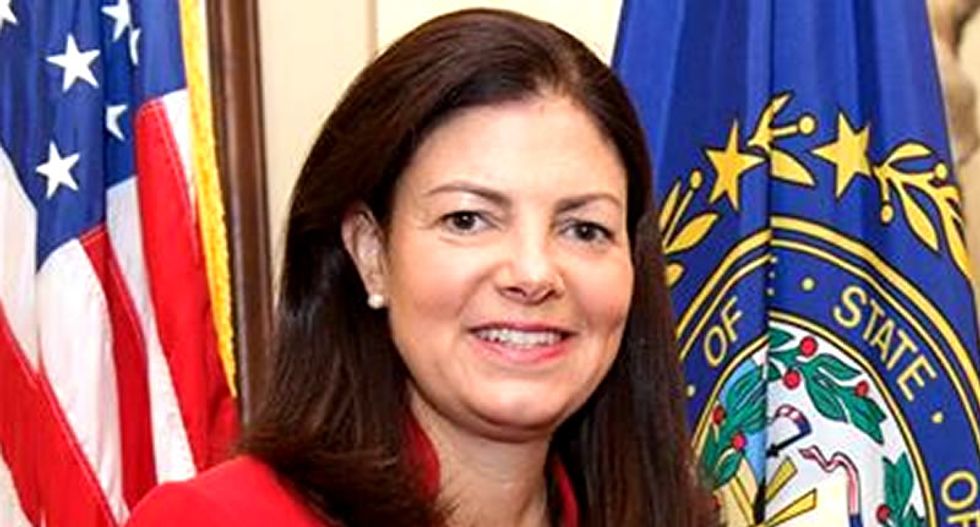 Appearing on Fox News Sunday, New Hampshire Senator Kelly Ayotte (R) claimed that the only victory President Barack Obama seeks in his war against the Islamic State Iraq and Syria (ISIS) is on behalf of the Democrats in the November midterm elections, ThinkProgress reports.

"I think we have a problem where the president’s foreign policy is being trapped by his campaign rhetoric," she said.

"I’m very fearful as we look at the current military strategy that it is surrounding the November elections and he won’t have the resolve to follow through with what needs to be done in a sustained effort to destroy ISIS, and we’re about to repeat the same thing with Afghanistan."

When host Chris Wallace asked her whether she believes "that after the November election and acting tough and talking tough, that [Obama] will pull back from confronting ISIS," Ayotte responded that she was, in fact, "very concerned about that and his resolve in that regard and I think that’s something that we have to stay focused on."

She did, however, acknowledge that the president "has made clear this is going to take a sustained effort and he has to be prepared to have the resolve to engage in that sustained effort to destroy ISIS."

Ayotte said that should prefer avoiding situations in which the United States creates "a safe haven again where attacks can be launched against us."

The AP White House reporter on the panel after Ayotte's segment said that her assertion made little sense, because Obama was loathe to go back into Iraq in the first place, so he would not have done it just to give up a few months later.

She believes that ISIS currently possesses "the money, the ideology, the capability, and an interest" in attacking the mainland United States. As she told the Wall Street Journal last month, she is concerned that the administration considers ISIS "a regional threat."