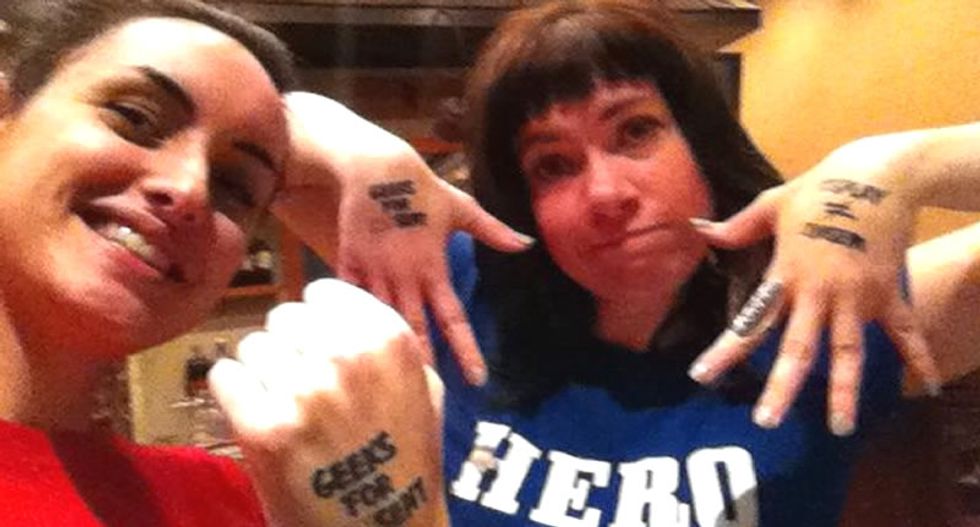 After years of complaints from women, one of the largest Comic Cons, in New York, has adopted a zero-tolerance policy for harassment, ThinkProgress reports.

Those attending the conference are greeted by a large placard outlining its anti-harassment policy, which specifies "stalking," "unwelcome physical attention," and "offensive verbal comments" among the potential violations.

Over 133,000 fans attended last year's NYCC, 54,530 of whom were women. As more women have attended these conventions, the harassment problem has only increased.

Janelle Asselin, who has worked for both DC and Disney, said that "[i]t seems worse in the last five years or so, but I think a big part of that is that there are more women here, and more women saying, ‘I’m not gonna shut up about how women are treated in comics or how they’re treated at cons.'"

Two of the groups responsible for the new policy, Geeks For CONsent and Fan Girls' Night Out, are on hand to "spread the anti-harassment message, collect your stories, and provide a safe space to talk about your experiences."

The placards displayed at the convention provide explicit details about how to report harassment and abuse -- which organizers believe is important, as the issue is not merely to stop harassment, but to change the culture of harassment that has sprung up around the conventions.

As science fiction author John Scalzi -- whose post "My New Convention Harassment Policy" was co-signed by over 1,100 other regular conference attendees and panelists -- told the Los Angeles Times, "we have a saying, ‘If something’s done once, it’s a tradition. If something’s done twice, it’s a hallowed tradition.' Not everything is gonna be solved immediately, but when people are becoming much more willing to publicly say, ‘This is a problem. This guy has done this thing and we want it addressed,’ I do think change is coming."