New Zealanders to vote on removing Union Jack from flag 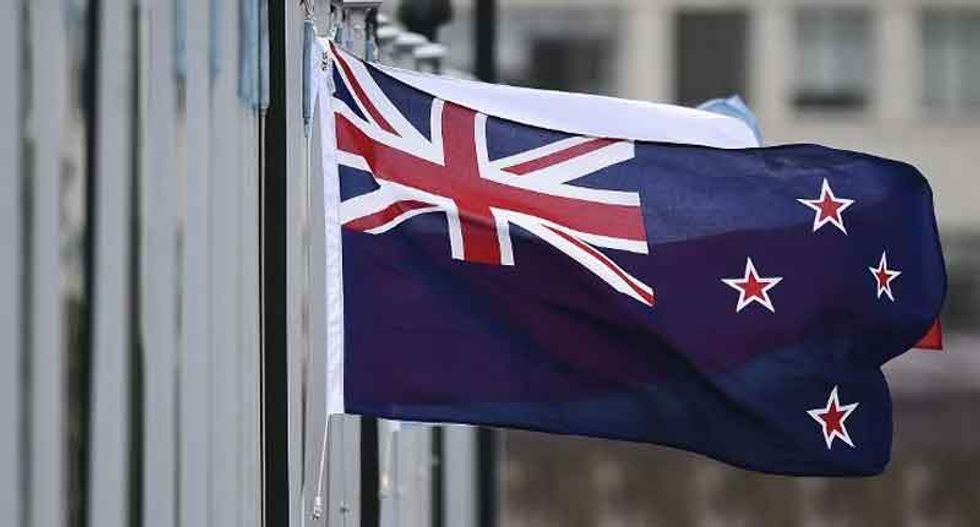 New Zealand will hold a binding referendum in 2016 on changing the national flag, with Prime Minister John Key hoping to drop the current design featuring Britain's Union Jack in favour of a silver fern.

Key announced a schedule Wednesday for New Zealanders to vote on the contentious issue, saying it was time for the former British colony to adopt a flag that was more recognisably Kiwi after more than a century under the existing banner.

"Our flag is the most important symbol of our national identity and I believe that this is the right time for New Zealanders to consider changing the design to one that better reflects our status as a modern, independent nation," he said.

Key has previously said he wants to see a new flag featuring a silver fern on a black background, similar to the banner already used by many New Zealand teams such as the All Blacks national rugby side.

The centre-right leader vowed to press on with plans for a change after convincingly winning a third term in a general election last month, despite opposition from some quarters, such as veterans' groups.

Key has estimated the chances of achieving change at "50-50" but opinion polls show most New Zealanders want to retain the existing flag.

A TVNZ survey in February this year found 72 percent were against change, with 28 percent in favour. Another poll by the New Zealand Herald in March put the figures at 52.6 against and 40.6 for, with the rest undecided.

The existing flag has four stars representing the Southern Cross constellation on a dark blue background and the Union Jack in the top left quarter.

It was first used in 1869 and formally adopted in 1902. Its supporters say that New Zealanders have fought and died under it for generations and a change would dishonour their memory.

Key has rejected the assertion, pointing out that the headstones on many war graves bear the image of a fern, a symbol he says embodies New Zealand as strongly as the maple leaf represents Canada.

It has even been suggested by Australian flag expert Tom Burton that Key's preferred option, the fern on a black background, could be mistaken for the black-and-white banner of the Islamic State organisation.

Critics argue the current flag is too easily confused with those of other former British colonies such as Australia, which has an almost identical design featuring five stars instead of four.

Australia has also faced periodic calls to change its flag, particularly ahead of major events such as the 2000 Olympics, but the issue has never been put to a vote.

The flag debate in Australia is closely linked to whether the country should become a republic, an idea rejected in a 1999 referendum.

In New Zealand, however, Key has successfully de-coupled the issues, saying he remains a staunch monarchist and wants to retain Britain's Queen Elizabeth II as head of state even though he wants a new national emblem.

He said Deputy Prime Minister Bill English would convene a cross-party committee covering the entire political spectrum to choose a number of potential designs for a new flag.

The government will then hold a referendum in 2015, allowing the public to choose a preferred option from the range selected by the committee.

A second referendum is then planned for 2016, when voters will choose between the existing flag and the new design.

"Retaining the current flag is a possible outcome of this process and the consideration of options will be done carefully, respectfully and with no presumption in favour of change," Key said.

He defended the NZ$26 milion ($21 million) cost of the exercise amid criticism from opposition parties, saying the result of the two-year process was unlikely to be challenged for 100 years, even if there was no change.

"In the end, you have to say what price do you put on democracy, where people can have a say on a matter that's actually important?" he told reporters.