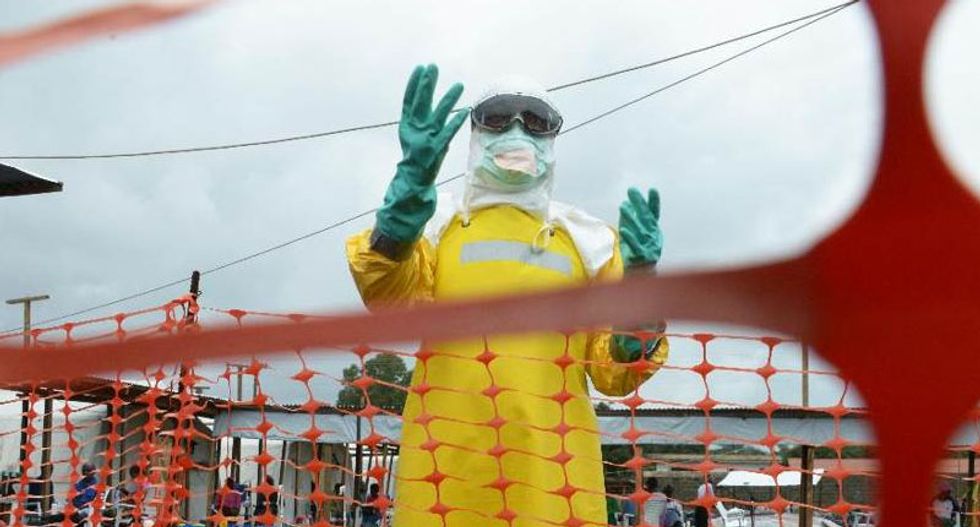 The National Football League's Jacksonville Jaguars apologized on Monday after their mascot used the Ebola epidemic to taunt fans of the Pittsburgh Steelers.

The mascot, Jaxson DeVille, held up a handwritten sign to the crowd that read "TOWELS CARRY EBOLA" while carrying a yellow "Terrible Towel" in his right hand.

Created in 1975 by then-Steelers radio broadcaster Myron Cope, Pittsburgh fans cheer their team by raising their arm and waving a black and gold towel in a circular motion.

It is dubbed the Terrible Towel by Steelers fans, perhaps the most enthusiastic in the NFL.

Curtis Dvorak was in the playful Jaguar costume on Sunday when Jacksonville hosted the Steelers at EverBank Field, the team said.

Jaguars President Mark Lamping said the incident is being taken "very seriously" and will be handled internally.

"Improvisation and humor have both been key elements to the character of Jaxson DeVille, especially when he performs at home games," Lamping said in a statement. "On Sunday, the person who has played Jaxson DeVille over the past 20 seasons made an extremely poor decision in that regard.

"The team was unaware of this inappropriate sign, which was hand-made by Jaxson during the fourth quarter of yesterday’s game, until after it had been displayed."

The Ebola virus has killed more than 3,400 people and infected nearly 7,500 in the current outbreak centered in West Africa.

Thomas Eric Duncan, the first person diagnosed with Ebola in the United States after arriving in Texas from Liberia two weeks ago, was in critical condition on Monday at a Dallas hospital.