Nine Halloween costumes that are both sexist and racist and on sale right now! 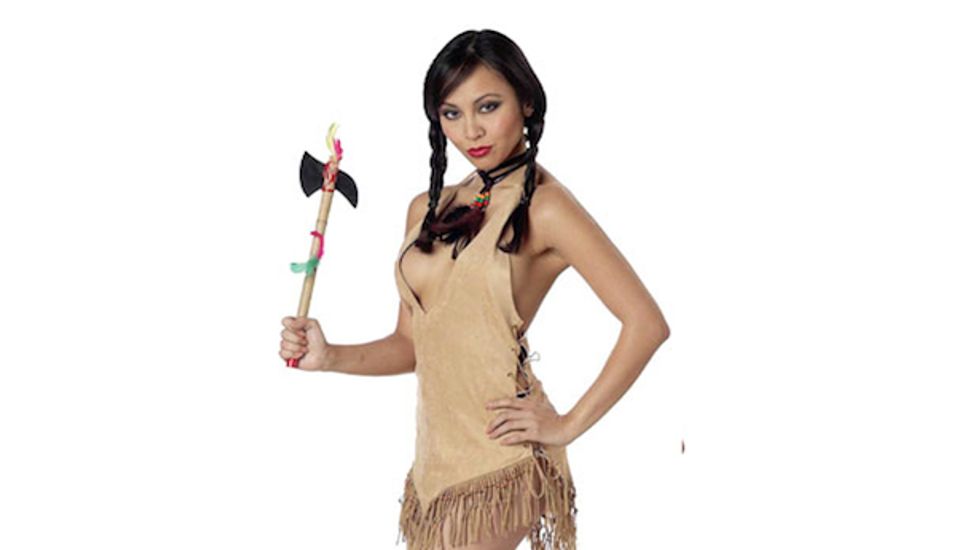 Ladies! Are you tired of having to choose between either a sexist and objectifying Halloween costume or a racist and unflattering one disguise? Well are you in for a treat! Because I'm about to show you how you can have it all this Halloween!

Just go online, find a website like Brands On Sale  specializing in costumes and look for the "International" section.

To make your job easier, I've picked out some of my favorites. So lean in and check out some totally offensive, culture-mocking, and hypersexualizing costumes, along with the offensive names and descriptions that accompany them.

"The Sexy Mexican Serape and Hat costume is one spicy number for this Halloween. Complete with shot glasses, this Senorita outfit is ready for the party! For a hot couples costume, try our other Mexican and international costumes."

I actually appreciate how the description of the costume says senorita instead of señorita. There's something honest about spelling it senorita, despite the fact the spell-check will correct it. Like they embrace their utter ignorance. And the fun-loving-alcohol-drinking Mexican stereotype is so original and refreshing.

2. Women's South of the Border Costume

Women's South of the Border Costume via brandsonsale[/caption]

"This Latina costume has all the spice of traditional Mexican clothing with just a bit of extra pink. The one piece dress falls below the knees and features a loose fit top for a classical look."

I almost admire this costume for not really making any sense. it's like it doesn't even know what stereotypes to work with. Also, can a costume even be "Latina"?

Catch a few stares this Halloween in our sexy Eskimo Princess costume. For a cute couple idea try our international costumes.

I'm really surprised they didn't call this the Inuit section instead of the Eskimo section. Said no one ever.

Bundle up, with our tween Eskimo Princess costume. Faux fur lined dress makes for a cozy, cute look. For a cool group costume idea see our other international costumes.

I was so thrilled to see that the Eskimo Princess costume was available not just for adults but for preteens, too. That's so inclusive and anti-ageist. I know what you're thinking. Why would I expect anything less? The costume designers are very tasteful. See, the adult costume is called the "sexy eskimo princess costume." But, obviously, it's not appropriate to sexualize a pre-teen. So the pre-teen version is totally different. It has almost nothing to do with the adult one. It's named "preteen eskimo princess costume." See what's missing? The word sexy. Because there is nothing sexy about this costume. I mean it is the exact, same, identical costume. Same exact dress and cut and length.

The people at Brands On Sale have really gone out of their way to make navigating stereotypes super user-friendly. There are so many different Asian things to play with on Halloween like Sumo wrestler costumes and samurai costumes. And, obviously any self-respecting culture-disrespecting costume store will have a geisha section. 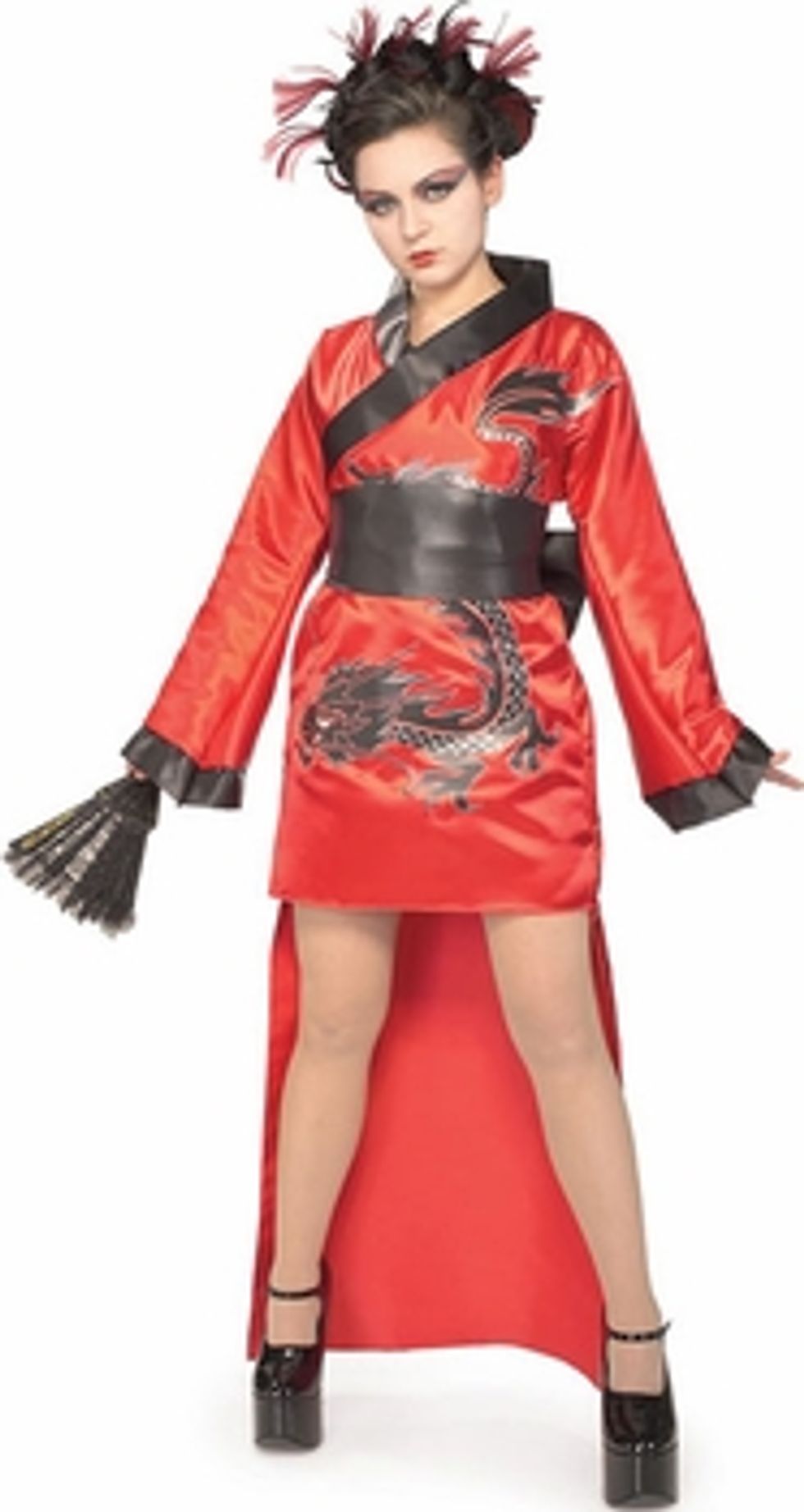 I love how "Asian inspired" the whole look is. I also really appreciate how careful they are to, once again, include people of all backgrounds and ages. This particular costume is for preteens and teens, and is available, as you can see in sizes 0-4.  The skirt length is authentic (to something, though I don't know what) and a great way for your teen or preteen to keep cool while running around oblivious to cultural appropriation and trick-or-treating. 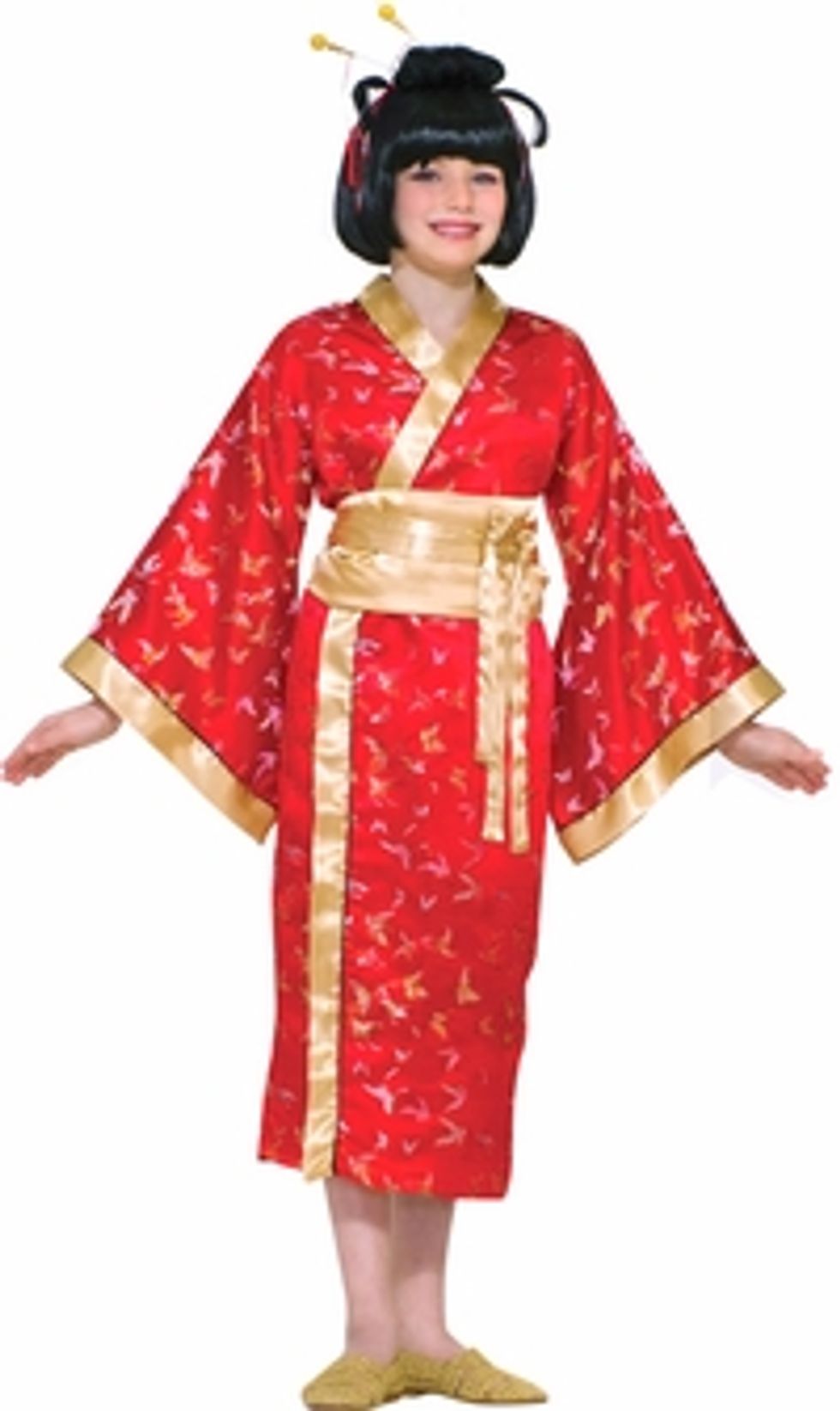 Is your kid too young to wear a pre-teen or teen costume? Don't worry. There are several options that are totally appropriate for children. And nothing says "for children" like a geisha, whose services include sex.

I suggest you splurge and buy the wig to make your daughter's experience as authentic as possible.

Our ladies sexy geisha dress is the ideal Asian beauty costume. This naughty geisha costume is the perfect outfit for any Halloween costume party.

So, maybe you want to be an Asian geisha this Halloween. And maybe you don't want to be as modest as, say, the oh so matronly Teen Dragon Lady (see above.) Well this costume is perfect for you!

Brands On Sale knows a thing or two about Indians. As you shop their website, check out their in depth analysis of the Indian culture.

Dress up to go native as these original Americans. Join the tribal life. It’s easy as an authentic looking Indian. Be a Choctaw squaw or a Blackfoot brave this Halloween. Native Americans were more than just rifle fodder. Their ancient wisdom helped create an organic way of life. "Man does not weave this web of life. He is merely a strand of it. Whatever he does to the web, he does to himself". So said Chief Seattle

Seriously, what's not to love about this costume? The only thing more fun than Indian culture is child marriage!

Now you can be the best Native American princess at the party with our new sexy naughty Navajo costume. This costume features a blue fringed suede dress with bead accents, and a beaded head band. Take a look at our costume leg wear to complete the sexy look!

And don't worry ladies. There, of course,  an adult Indian Bride Costume, whose description reads, "This beautiful young Indian woman has been chosen by the village's most charming brave." And there is, of course, an adult Sexy Indian Woman costume. But I would go with this costume. Because nothing says naughty like Navajo, Am I right ladies?