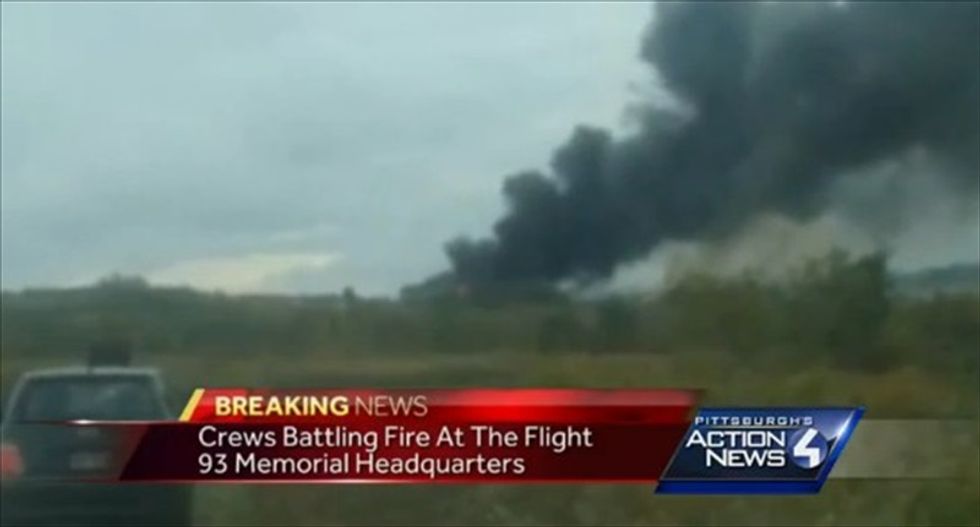 Investigators have found no signs of foul play or arson in a fire at a 9/11 memorial complex in Pennsylvania which destroyed a U.S. flag that flew over the U.S. Capitol on Sept. 11, 2001, authorities said on Sunday.

Also lost in Friday afternoon's blaze were personal items belonging to the passengers and crew members who were on United Airlines Flight 93 when it crashed as one of four hijackings by al Qaeda militants on Sept. 11, 2001.

National Park Service spokesman Mike Litterst said in a statement that an investigation by members of the agency and the Pennsylvania State Police is ongoing.

"Definitive findings, including the cause of the fire, are not expected for a matter of weeks," he said.

"With the on-site investigation complete, the scene of the fire has been turned back over to park officials, who have begun the process of salvaging materials from the site."

The park service has said that about 100 "tribute" items left by visitors to honor United 93's passengers and crew were also destroyed in the blaze.

In all, authorities have said the Flight 93 National Memorial's headquarters complex, about two miles from where the plane went down, was "a complete loss."

Flight 93 was one of four hijacked airliners on Sept. 11, 2001. One crashed into the Pentagon outside Washington and two crashed into the World Trade Center in New York, killing nearly 3,000 people.

U.S. authorities have said the actions of the passengers and crew on Flight 93 thwarted a planned attack on the U.S. Capitol.