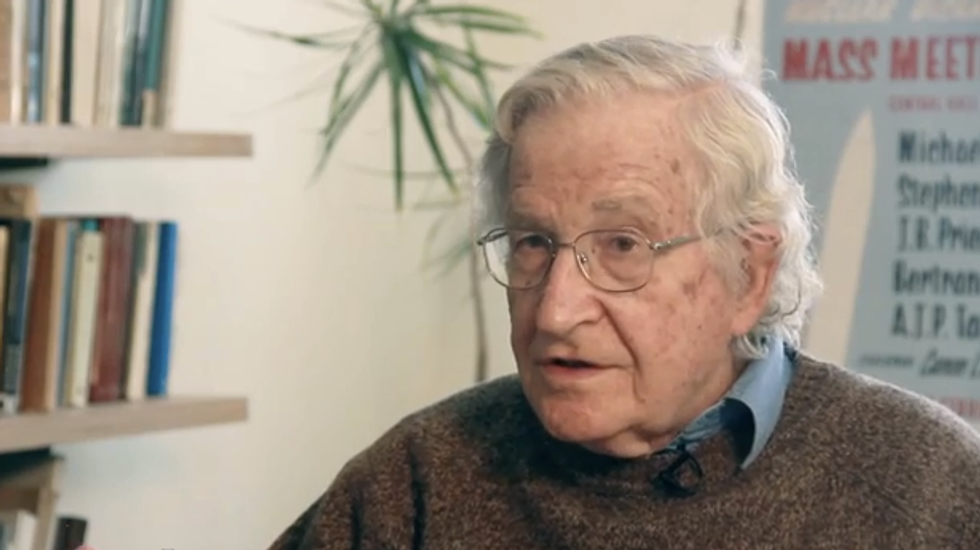 Author and social philosopher Noam Chomsky criticized U.S. policy regarding the Middle East in an interview with Truthout, blaming the country's involvement in Iraq for the rise of the Islamic State terrorist group (ISIS).

"'Inevitable' is a strong word, but the appearance of ISIS and the general spread of radical jihadism is a fairly natural outgrowth of Washington wielding its sledgehammer at the fragile society of Iraq," Chomsky was quoted as saying.

Chomsky also said he agreed with author and former CIA officer Graham Fuller's recent statements calling the U.S. one of the group's "key creators" as a result of its 2003 war against Iraq.

"The situation is a disaster for the U.S., but is a natural result of its invasion," Chomsky told Truthout. "One of the grim consequences of U.S.-U.K. aggression was to inflame sectarian conflicts that are now tearing Iraq to shreds, and have spread over the whole region, with awful consequences."

At the same time, Chomsky said, religious fanaticism is spreading not just in Middle Eastern countries, but in the U.S., as well, a growth he blamed in part on the Republican Party.

"There are not many countries in the world where the large majority of the population believes that God's hand guides evolution, and almost half of these think that the world was created a few thousand years ago," he said. "And as the Republican Party has become so extreme in serving wealth and corporate power that it cannot appeal to the public on its actual policies, it has been compelled to rely on these sectors as a voting base, giving them substantial influence on policy."