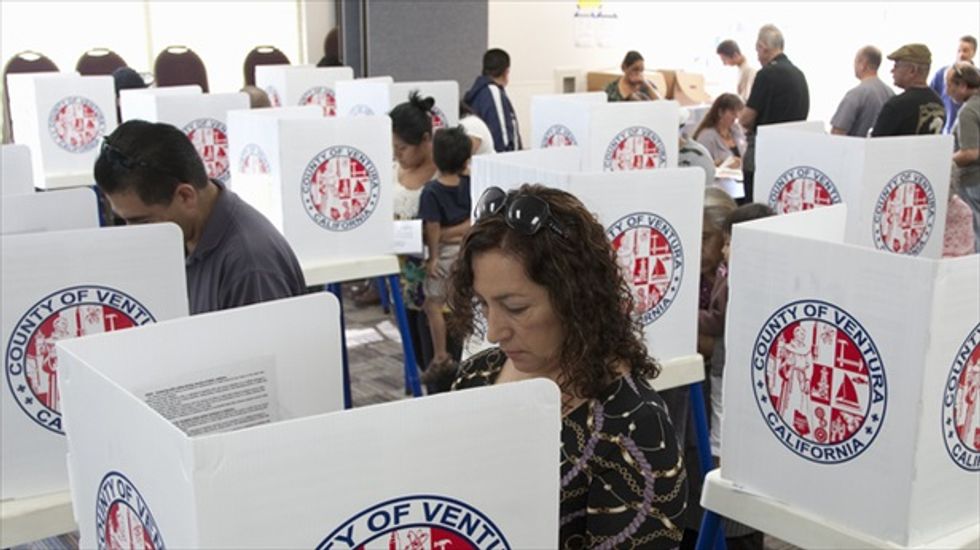 North Carolina officials, scrambling to comply with a court ruling that blocked parts of a restrictive voter law just weeks before the November election, were in federal court on Tuesday to detail a proposed overhaul of their election plans.

North Carolina was ordered to restore provisional ballots and same-day voter registrations last week when a U.S. appeals court found some provisions of a wide-ranging voter law, with restrictions considered among the nation's most stringent, could disproportionately harm black voters.

State attorneys said they did not anticipate problems bringing back provisional ballots, typically cast by voters who went to the wrong precinct. But they told the court it could be difficult to electronically process voter registrations occurring during early voting.

After the voter law changed, the state’s election software was updated and the same-day feature was not installed, said Alexander Peters, a state attorney. Instead, the plan is now to handle the registration intake manually.

“The feeling is it’s just too late at this stage to risk a problem,” Peters said.

The state has asked the U.S. Supreme Court to stay the ruling. More than 4 million voter-instruction guides have been mailed explaining the voter law changes.

The state's Nov. 4 elections include a closely contested U.S. Senate race that could be key in deciding whether Republicans gain control of the chamber.

The North Carolina case is among a series of legal battles over the racial and political impact of states' changes to election laws.

In its 2-1 decision casting aside parts of the new law, the 4th U.S. Circuit Court of Appeals upheld several challenged provisions, including a shortened early voting period and the elimination of pre-registration for teenagers.

A key part of the law, requiring voters to show a photo ID, takes effect in 2016.

Allison Riggs, an attorney with the plaintiffs, said the state needed to keep voters apprised of their rights.

“They need to be moving to comply, not waiting for the Supreme Court to rule,” Riggs said at the hearing.

Plaintiffs in the case include voters and the state chapters of the American Civil Liberties Union and National Association for the Advancement of Colored People.