Not all bodies found in Mexico mass grave are missing students: governor 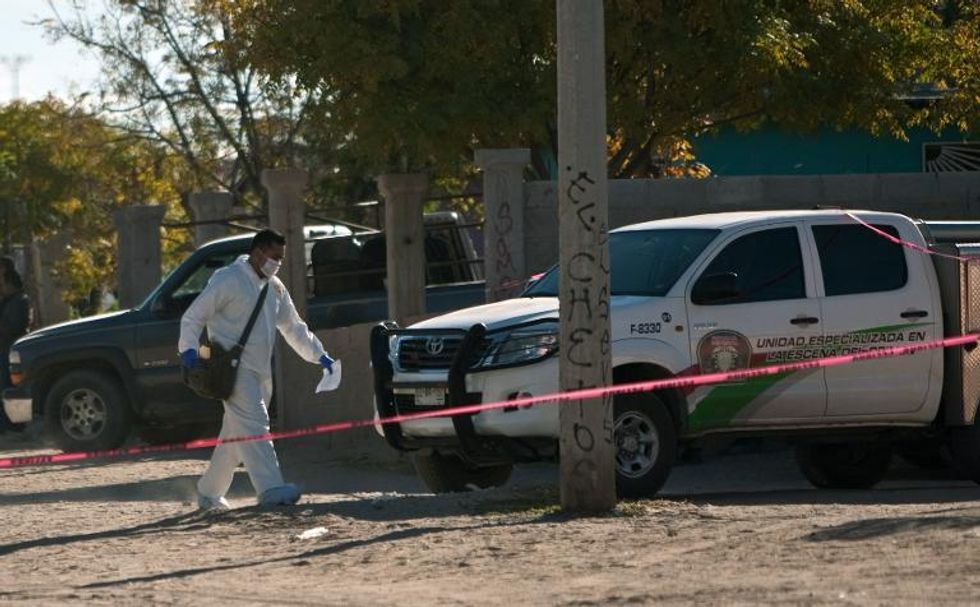 Some of the bodies found in mass graves in southern Mexico do not correspond to any of the 43 students who went missing after an attack by gang-linked police, an official said Saturday.

Angel Aguirre, the governor of violence-wracked Guerrero state, declined to confirm how many bodies had already been identified.

"I can say that some of the bodies, according to the work of forensics experts, do not correspond to the youths from Ayotzinapa," the town where the youths were studying before their disappearance in Iguala.

The students vanished after police linked to the Guerreros Unidos gang attacked buses they had seized in Iguala, located just 200 kilometers (125 miles) from Mexico City.

On October 4, a mass grave was found with 28 charred bodies. And on Thursday, four more unmarked pits with an undetermined number of bodies were found.

An official in the prosecutor's office declined to confirm the information, stressing that the investigation remains opened.

Two Guerreros Unidos hitmen confessed to executing 17 of the students -- who are from a teacher training college known as a bastion of protests -- and dumping them in the mass grave found early this month.

Authorities say crooked officers shot at buses the students had seized to return home on September 26, sparking a night of violence that left six people dead, 25 wounded and 43 missing.

Fears of a massacre has tarnished President Enrique Pena Nieto's pledge to reduce violence in Mexico and ensure that human rights are respected.

The city's mayor, Jose Luis Abarca, his wife and the public security director are wanted for questioning. They have apparently gone into hiding.