Oklahoma Republican: Muslims can't be trusted if they practice Islam 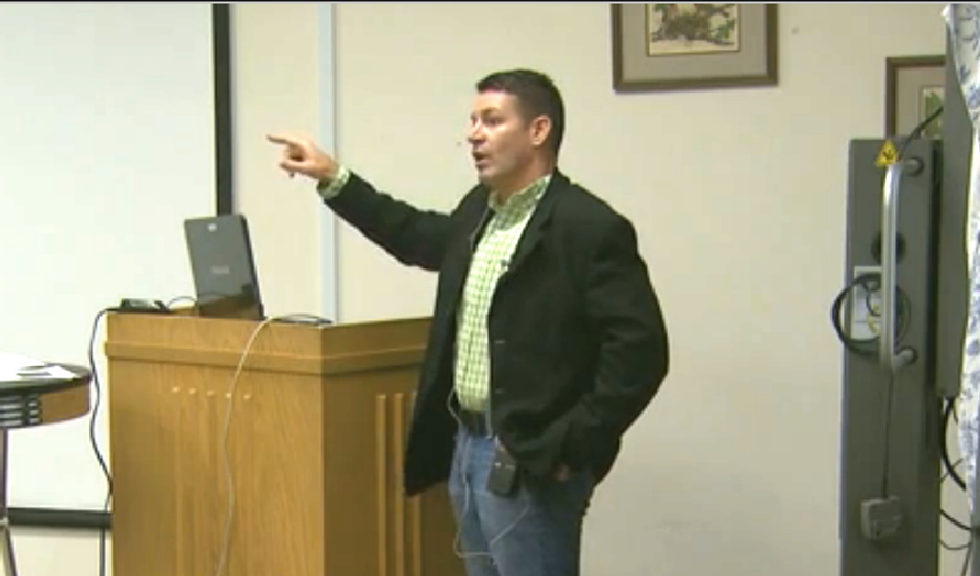 In a town hall appearance in Muskogee, Republican Oklahoma State Rep. John Bennett told the assembled crowd that the expansion of rights for Muslim Americans is no different than the growth of the Nazi Party in Germany before World War II.

Bennett argued that there are no distinctions between radical Islamists and everyday Muslims, that all of them are programmed by their faith to attack and destroy Christianity.

"Mohammed's teaching only teaches one thing," he told the Muskogee Patriots this week. "And that's the violence that we're seeing today in ISIS and in the beheading in Moore and other places."

In September, a 30-year-old employee of Vaughan Foods attacked two women, killing and beheading one of them. The suspect, Alton Nolen, had recently converted to Islam and had reportedly tried to convert coworkers. However, police have not ascribed a religious motive to the murder, which is being prosecuted as an act of workplace violence.

Rep. Bennett, however, sees the attack as evidence of a growing domestic jihad movement in this country.

"They don't like having their government say that they're no better than ISIS," Kelley said, "and having their Oklahoma neighbors made afraid of them."

He said that Muslims condemn violence against the innocent, but that no one outside the Muslim faith is considered truly innocent by Islamic standards. Muslims, said Bennett, can only be trusted if they fully renounce their faith.

"Do you think every German was a Nazi?" he asked. "No, they weren't. But what happened with the Nazis was that once they got in power, all those Germans that sat quiet or were scared to say anything had no choice but to follow and support what they were doing."

"So is every Muslim bad? No," he said, "but if they subscribe to Islam and what it teaches, and if they're not standing up and condemning what Islam teaches, then they're just going right along with them, just like the Germans did when the Nazis were around."

In September, U.S. Muslim leaders drafted and sent a 17-page open letter to the leaders of ISIS denouncing them and their use of violence in the name of their faith. British Muslims started the #NotInMyName campaign to denounce the group's violence and extremism.

Media watchdog group Media Matters pointed out that multiple mainstream Islamic groups around the world have forcibly denounced ISIS, and yet conservative media regularly demand to know why more Muslims aren't speaking out.