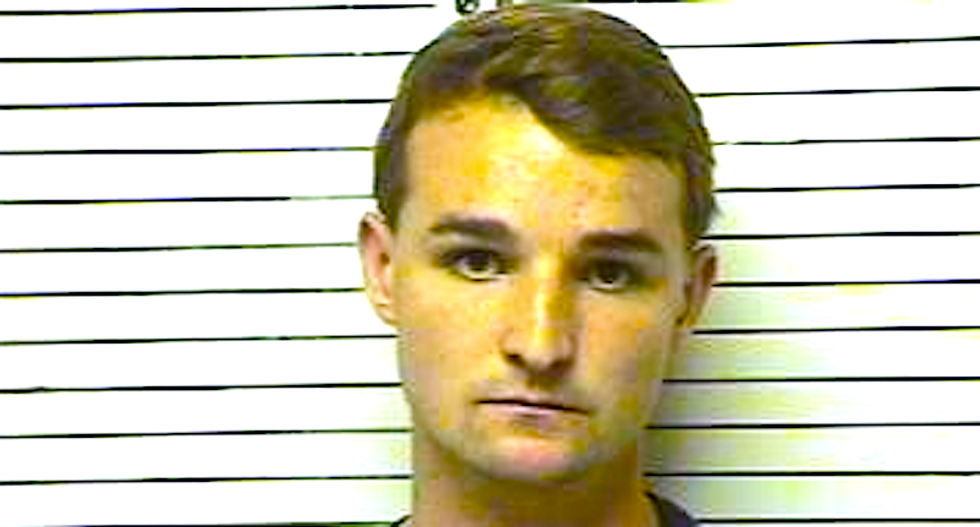 A teenager has told investigators he killed his parents and his 17-year-old sister in their southern Oklahoma home in a dispute over money and in hopes he would get the family inheritance, authorities said on Wednesday.

Alan Hruby, 19, who was charged on Wednesday with three counts of first-degree murder, believed he would be the sole beneficiary of the inheritance if he was the only family member left alive, Duncan District Attorney Jason Hicks said.

Hicks said the death penalty would be considered for Hruby.

Hruby is accused of fatally shooting his father John Hruby, 50, his mother Tinker Hruby, 48, and sister Katherine, 17, at their home in Duncan, Oklahoma, about 70 miles south of Oklahoma City, Hicks said.

Authorities said Hruby confessed to killing his family because his father, publisher of the weekly Marlow Review newspaper in a small town near Duncan, had cut him off financially due to uncontrolled spending.

Hicks said his father turned Hruby in to local police earlier in 2014 after he ran up $5,000 in charges on his grandmother's credit card during a trip to Europe.

Hruby is accused of shooting dead his mother and sister on Thursday with a handgun he had previously taken from his father's truck and then shooting his father when he returned home an hour later, according to court documents.

The bodies of the three Hruby family members were found by a housekeeper on Monday, authorities said.