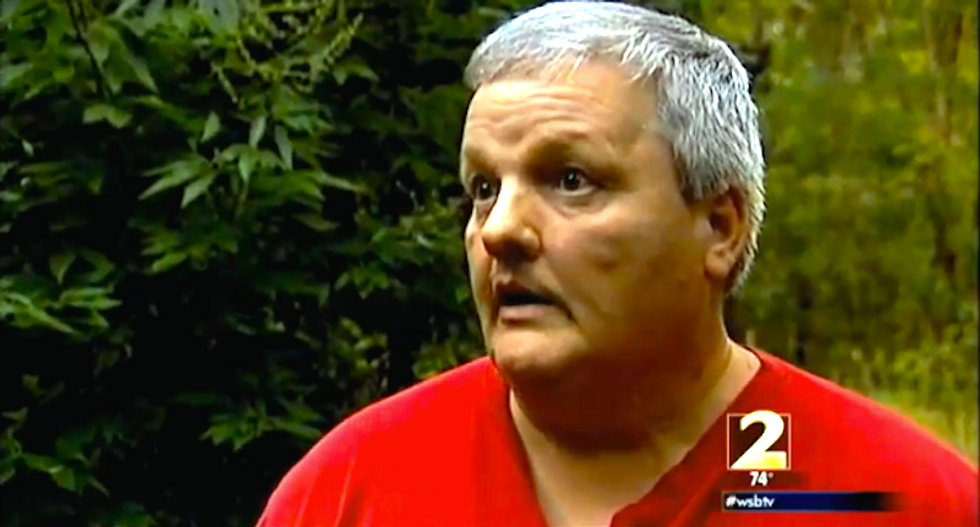 A Georgia man was awoken Wednesday morning to find a police helicopter hovering overhead and sheriff’s deputies at the door to search his property for drugs.

"They were strapped to the gills,” said Dwayne Perry, describing the heavily armed officers.

Agents from the Governor's Task Force for drug suppression flying overhead spotted what they believed to be marijuana growing in the yard of Perry’s home in Cartersville, reported WSB-TV.

But the plants were, in fact, okra.

"We've not been able to identify it as of yet, but it did have quite a number of characteristics that were similar to a cannabis plant,” Capt. Kermit Stokes, of the Georgia State Patrol, told the TV station.

Perry said the mistake shouldn’t have been made, because okra has five leaves -- not seven, as cannabis does.

"Here I am, at home and retired and, you know, I do the right thing,” Perry said. “Then they come to my house strapped with weapons for no reason. It ain't right."

Law enforcement officers apologized to Perry after examining the plants, saying they were only trying to do their jobs, but the homeowner said the mistake could potentially have gotten him killed or injured.

Perry also fears his reputation was harmed, saying that neighbors have been asking him about all the patrol cars parked outside his home.

'Be inspired' by Petito, father says at slain traveler's funeral

Relatives and friends gathered Sunday at the funeral service for a young American woman whose disappearance and killing on a cross-country road trip made international headlines, as a manhunt intensifies for her boyfriend.

The family of Gabby Petito reported the 22-year-old missing on September 11 after not hearing from her since August.

Broadway on Sunday finally honored its best and brightest at the Tony Awards, more than a year late due to the coronavirus pandemic, with jukebox musical "Moulin Rouge!" sweeping the competition with 10 trophies.

The event took on a new look this year: most of the awards were handed out in a two-hour ceremony livestreamed before the main event -- a concert celebrating the return of live theater in New York after an 18-month hiatus.

Gere belongs in cinema, not as migrant witness: ex-Italian minister

Plans for actor Richard Gere to testify against former Italian interior minister Matteo Salvini for abuse of migrants threaten to turn the case into a show trial, the far-right leader said on Sunday.

Gere -- a Hollywood star known as a campaigner on Tibet and other rights issues -- will testify against him in the so-called Open Arms case, according to remarks Salvini made at a political meeting that were reported by the Ansa news agency.