Parole officer: I got fired for blowing the whistle on my superiors' anti-lesbian slurs 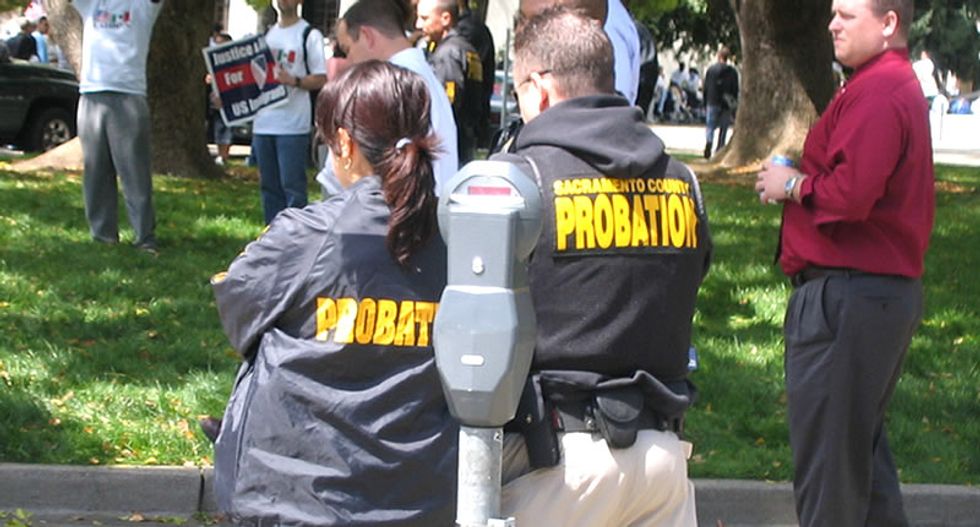 A former parole and probation officer in Oregon is accusing county officials for firing him after he complained about the way they referred to lesbians, The Oregonian reports.

In a lawsuit filed in federal court, Jams N. Gravley claims that his superiors referred to a female job applicant as a "dyke," a "bad lesbian," and worse.

After a previous complaint filed with the Oregon Bureau of Labor and Industries (BOLI), its Civil Rights Division found that "there is substantial evidence to support the allegations of discrimination" and "substantial evidence of an unlawful employment practice."

Grant County officials apologized to Gravley for using the phrase to refer to the applicant. Gravley's lawyer said that "Grant County needs to be brought into the 21st century," and "hopefully, this lawsuit will help do that."

However, Gravley claims that after he blew the whistle on his superiors, he became the subject of increased scrutiny, involving the micromanaging of his fieldwork, especially as regards his interaction with the Oregon State Police.

One of his superiors, County Judge Scott Myers, said in response to the BOLI complaint that Gravley was a "rogue" who had to be repeatedly reminded of the difference between parole and probation officers and police officers.

"This was a concern to [another of Gravley's superiors] Dean Hoodenpyl, who in his 16-year career in community corrections had seen some experienced probation officers intentionally blur the lines between the duties of a probation officer and a law enforcement officer," he wrote.