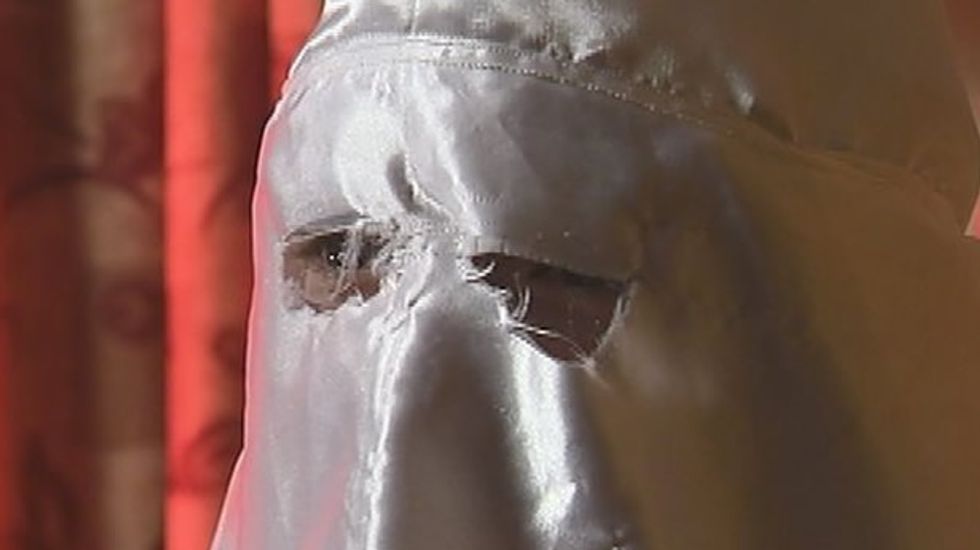 A Pennsylvania teenager insists he was only joking around when he dressed up in a Ku Klux Klan uniform and shouted a racial slur at a black woman.

Walter Reibsome appeared Wednesday in court for a preliminary hearing on ethnic intimidation and harassment charges in connection with the incident.

A judge ruled there was enough evidence to send the case to trial.

The 18-year-old said outside court that he was not racist and harassed other students Aug. 4 at Bloomsburg University as a joke.

“It sounded like a good idea at the time,” Reibsome said.

He was riding in a truck driven by his friend, Frank Rubio, who blared his horn while Reibsome shouted racial slurs and ordered black people to “get out of our town.”

Police said they were able to identify Reibsome through photos posted on Rubio’s Facebook page.

His attorney said he hoped to work out a plea bargain for Reibsome.