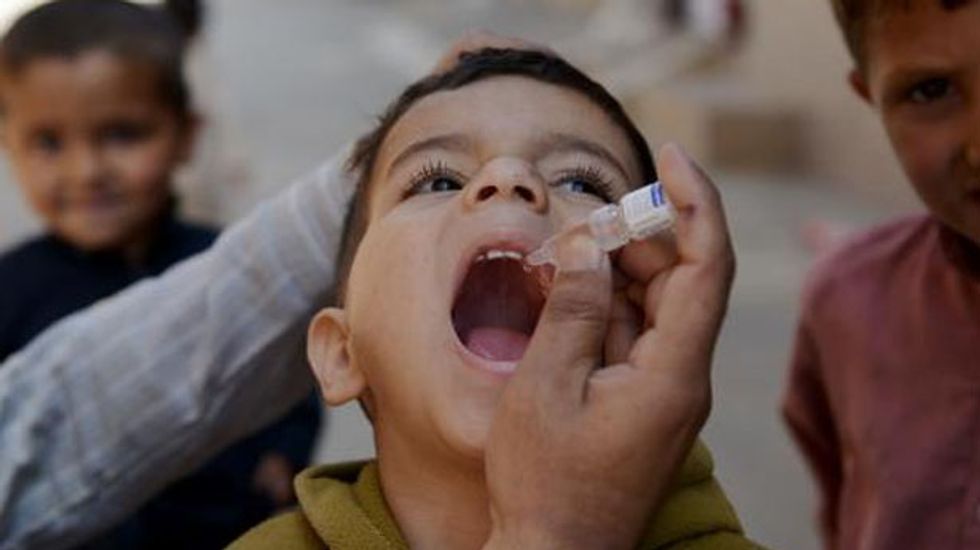 Health officials in Pakistan on Thursday said the country was set to break its record for the highest number of polio cases in a year, as Islamist militants continue to prevent vaccination efforts.

"The number of polio cases, recorded this year has reached 187 and if it reaches 200, we will cross our own record of 199 in year 2000," Rana Muhammad Safdar, a senior official at the Pakistan National Institute of Health told AFP.

A senior official of the World Health Organization (WHO) in Islamabad confirmed the new number of polio cases, adding the figure was likely to cross 200 by year-end.

Pakistan is one of only three countries in the world where polio remains endemic but efforts to stamp it out have been badly hit in recent years by attacks on immunization teams.

Some 59 people including health workers and police providing security have been killed in militant attacks on polio vaccination teams since December 2012.

Safdar, who also heads the federal Expanded Program on Immunization, said 130 of the cases reported were from the troubled northwestern tribal areas that border Afghanistan and are home to Taliban and Al-Qaeda militants.

The militants allege polio vaccination is a cover for espionage or Western-conspiracy to sterilize Muslims.

The WHO official said the Pakistani strain of the virus had spread to neighboring Afghan provinces. Afghanistan has recorded a total of seven cases this year.

Officials have said tens of thousands of children were missing a polio eradication campaign every year "because of the law and order situation," in tribal areas as well as family and parents unwilling or afraid to vaccinate.

As Pakistan moves into its post-monsoon period, officials fear the final figure could rise as high as 250.