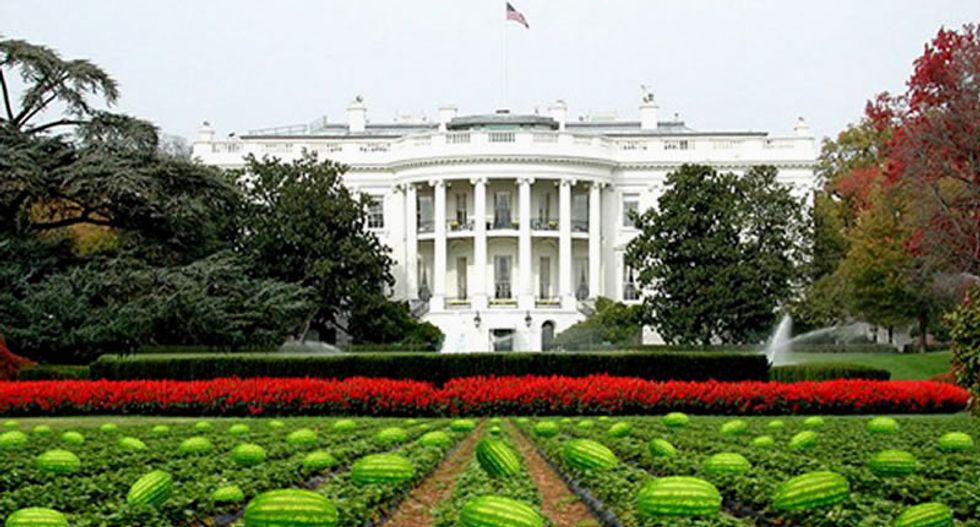 A political cartoon published in Wednesday's Boston Herald is being criticized for its use of racist stereotypes, Mashable reports.

The cartoon, by Jerry Holbert, referenced the incident in which Omar Gonzalez, an Army veteran, scaled the White House fence and overpowered a Secret Service agent in order to gain access to the White House -- as well as the Secret Service's later admission that, as Holbert put it, the "White House invader got farther than originally thought."

In the cartoon, a man is seen bathing in President Barack Obama's bathtub, and he asks the president whether he's tried "watermelon-flavored toothpaste." Herald readers who saw the cartoon were quick to complain:

This cartoon in today's @bostonherald is racist and offensive. The Herald should apologize. http://t.co/jWNixzu1aD
— Keith Boykin (@Keith Boykin)1412169918.0

The Herald issued a statement in which it said "we sincerely regret if we inadvertantly offended anyone and extend our sincere apologies."

In an interview this morning on Boston Herald Radio, Holbert claimed that it was an innocent mistake.

I wanted to do some different, so I needed a flavor that's different from spearmint or peppermint," Holbert said. "I remembered that my son's girlfriend bought some toothpaste and left it upstairs in our closet, so I pulled it out, and it's was Kid's Colgate: Watermelon-Flavored."

"So I thought that'd be a great one, so I used watermelon. There were no -- I was completely naive or innocent of the racism suggested," he continued. "I wasn't thinking along those lines at all."

When asked about the alternative "raspberry" versions, Holbert said that "I work for a syndicate, and last night they called and asked me if I could change that. I was kind of confused by it, changed it 'raspberry,' and sent it back to them."

One of the hosts, Joe Battenfeld, replied by asking, "Don't you think people are going to find it hard to believe that you wouldn't know the 'watermelon' reference would be offensive, or that it has racist connotations -- you didn't think of that at all?"

"All I was trying to do was say, 'Wouldn't it be funny if this guy made it all the way to the bathroom and recommended the president use a different toothpaste.' That's basically all I was thinking."