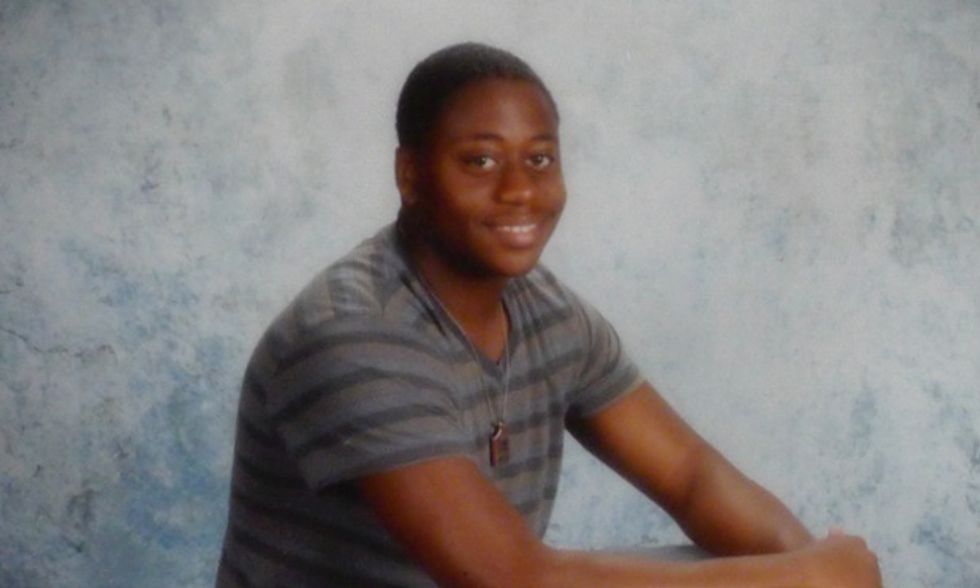 In the town of Bladenboro, North Carolina, questions linger around the hanging death of a black high school football player. Pressure is growing on local officials to do more to determine whether in the early hours of Friday, Aug. 29, 17-year-old Lennon Lacy committed suicide or was lynched.

On Thursday, WECT Channel 6 reported that authorities released a 911 call from the night of the hanging, in which a neighbor called to report finding Lacy dangling by the neck from the top rail of a swing set in the trailer park where he lived.

The death came as a huge shock to the community. The Guardian reported that August 29 was the 2014 season's first high school football game. Lacy was one of the West Bladen Knights' starting linebackers and had spent all summer training and working out, preparing for the commencement of football season, when the Knights would take on the West Columbus Vikings.

Police ruled that Lacy committed suicide. His family, however, said that his body showed signs of a beating. There were multiple incongruous details, including the fact that his brand new size 12 sneakers had been removed from his feet and replaced with an old pair that were a size and a half too small.

The undertaker who handled Lacy's body corroborated Claudia Lacy's report that her son's body showed signs of a fight. Undertaker F W Newton, Jr. said that while police and the coroner claimed the marks on Lacy's body came from "ant bites," to him Lacy's body looked more like the corpses of people he embalmed who had died violently in bar brawls.

Furthermore, Lacy had been involved months before in an amorous relationship with a 31-year-old white woman. As Global Grind noted, this is an important detail "in a town where 86 black people were lynched between 1882 and 1968, and neighbors still have Confederate flags in their yard."

Then, just days after Lacy was laid to rest, vandals trashed the gravesite, scattering the flowers left for him and digging a deep hole in one corner of the lot in what was apparently an abortive attempt to exhume him and desecrate his body.

The family presented Bladenboro's law enforcement agencies with a list of questions about their son's death with the help of Rev. William Barber, head of the National Association for the Advancement of Colored People (NAACP) in North Carolina.

At a memorial service for Lennon Lacy, Barber lamented the slap-dash nature of the police investigation so far and said that the family's supporters will be tireless in their pursuit of the truth.

“Don’t ask these parents to bury their 17-year-old son and then act as though everything is normal. Don’t chastise them for asking the right questions. All they want is the truth," Barber said.

“The image of a black boy hanging from a rope is in the souls of all of us,” he told the crowd of mourners who gathered to honor Lacy. “It is in the DNA of America. In 2014, our greatest prayer is that this was not a lynching.”

In a statement posted to Bladenboro's town website, District Attorney Jon David wrote that everyone concerned about the circumstances of Lacy's death "can rest assured that a comprehensive investigation is well underway."

"All death investigations," wrote David, "particularly those involving children, are given top priority by my office. Investigations are a search for the truth, and I am confident that we have a dedicated team of professionals, and the right process, to achieve justice in this matter.”

Watch video about this story, embedded below via WECT Channel 6: