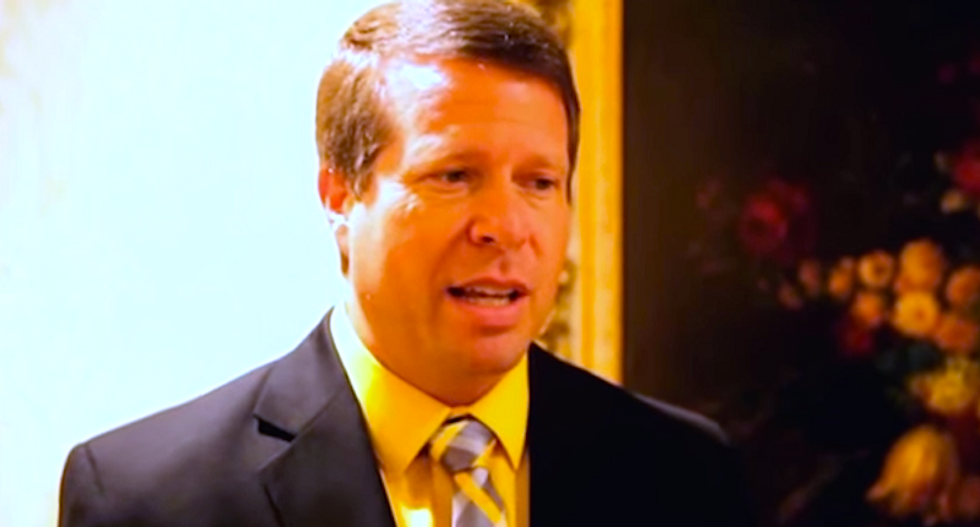 Although the Duggar family has “19 Kids and Counting,” as their reality show reminds viewers, they could have had even more children.

Jim Bob Duggar said he and his wife married when he was 19 and she was 17, and he said they weren’t initially ready to start a family.

He said Michelle Duggar used the birth control pill for the first three years of their marriage, got pregnant with their eldest son, Josh, and then went back on the pill afterward.

"Something we didn’t know is that the pill can allow women to get pregnant, but then it can be aborted, and it really – that’s what happened with Michelle," Duggar told The Friddle Show’s Krystal Heath.

“She went on the pill after Josh and then got pregnant, and then the pill actually caused a miscarriage, and so that was really when we started examining this,” Duggar said. “We started looking at the fine print of the contraception, and it said this could happen, and then we talked to a Christian doctor, and he explained this to us.”

Although some studies – and all anti-abortion advocates – make this claim, most research indicates the birth control does not elevate the risk of miscarriage, even among women who unknowingly continue taking the pill while pregnant.

Even an overdose of birth control pills is unlikely to terminate a pregnancy once it’s far enough along to be detected.

“Scripture says that children are a blessing and gift from God, and we said, ‘God, please forgive us,’” Duggar said. “Scripture says my people are destroyed for lack of knowledge, and that’s really what happened with us. So we ended up just giving this area of our life to God, and right after that, God blessed us with twins – and then another one, and another one.”

Duggar said he and his wife, who are active in the patriarchal Quiverfull movement, never imagined they’d have 19 children.

“Matter of fact, we got up to about seven or eight, (and) we thought, ‘What have we done?’” he said. “We’ve got so many children, and we didn’t know if we could take care of all of them and feed them and everything. It’s amazing how God has always provided for us every step of the way. Those little kids grew up to be warriors for the Lord, and so we love going and serving together as a family, involved in political races, involved in going to nursing homes and singing, and just trying and encourage people in other families.”

The former Arkansas state representative and failed U.S. Senate candidate said his family’s TLC reality show gave them a platform to promote their Christian beliefs, although some of the children seem to enjoy the experience more than others.

“We get emails in from others that have said, ‘Hey, I was considering having an abortion, but then I turned on your show and I thought, you know, if this lady can do it with 19 kids, I can do it with one, and I decided not to have an abortion,’” he said. “We’ve had hundreds of letters of people who have accepted the Lord as their savior, people who their families have started going to church, and so that really makes it all worth it.”

“I think as they’re seeing the liberal left being more offensive, and even running legislation that’s just really in the face of Christians, I think it’s waking up Christians and churches, but I think when everybody’s so comfortable, everything’s going pretty well, they just aren’t involved because a lot of Christians are involved in church activities and other things, and they’re just going to leave the politics to everybody else, but it’s caused a lot of problems, so hopefully there’ll be more people get involved, and get behind the Christians that are running,” he said.