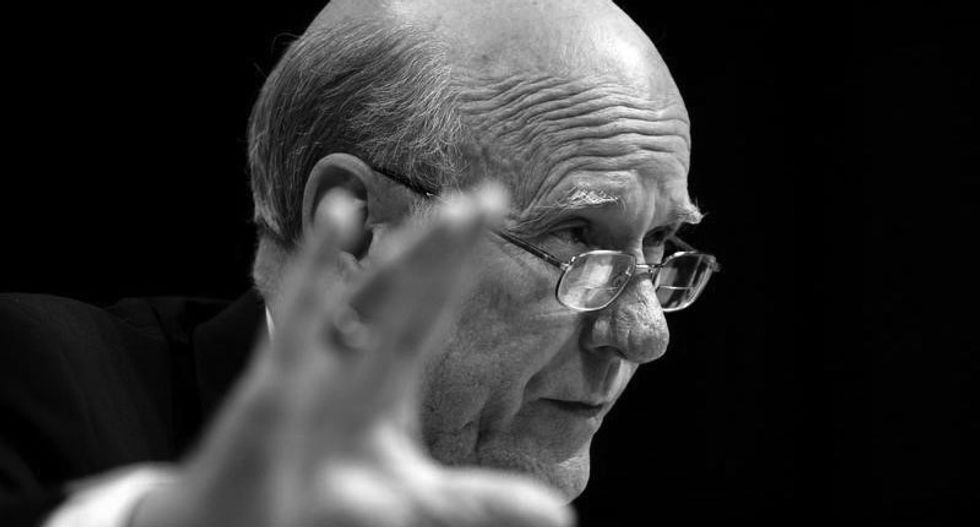 The Republican Party is making an 11th-hour push to hold a historically conservative U.S. Senate seat in Kansas, where some polls show independent Greg Orman pulling ahead of incumbent Pat Roberts just weeks before the Nov. 4 election.

Republicans, who hope to wrest Senate control from Democrats, have raised money and sent top strategists to help Roberts revive his troubled campaign in a state that last elected a Democrat to the Senate in 1932.

Operatives have combed through Orman's business dealings, trying to paint him as a political opportunist and a Democrat in disguise. Roberts is also getting help from high-profile Republicans such as former Kansas Senator Bob Dole, former Alaska Governor Sarah Palin and Texas Senator Ted Cruz.

Republicans, who need to gain six seats to win a majority in the 100-member Senate, never expected to be fighting to save their seat in conservative Kansas, where the 78-year-old Roberts was expected to sail to a fourth term.

But Orman, 45, a wealthy businessman and political newcomer, has capitalized on the perception that Roberts, who was first elected to the House in 1980, is a Washington insider. Roberts lives in Washington and rents out a house he owns in Dodge City, Kansas, Senate records show.

"Roberts' problem is not about ideology, his personal brand is the issue," said Patrick Miller, a University of Kansas political science professor.

In August, as the Roberts campaign went quiet after surviving a bruising Republican primary, Orman flooded the airwaves with ads defining the election as a chance to shake up the status quo.

In a bid to unite opposition to Roberts, the Democratic nominee dropped out on Sept. 3. Orman has pledged to caucus with the party that wins a Senate majority, helping him draw bipartisan support.

"The voters of Kansas get to say to both parties, 'These are the things we care about,'" he told Reuters last week after meeting with local business owners. "We are in a position to change our alignment."

A recent NBC/Marist poll showed Orman ahead of Roberts by 10 percentage points, though other polls have shown a tighter race. Nearly half of likely Kansas voters had an unfavorable view of Roberts in the Marist poll.

Roberts has brought in reinforcements, including veteran operative Corry Bliss as campaign manager and strategist Chris LaCivita, known for his work as an adviser to the Swift Boat Veterans group that targeted Democrat John Kerry's presidential campaign in 2004.

"Their reputation, both of them, is that they can win tough races, and they win by going on the attack," Miller said. "It's about finding the right message to go 'scorched earth' on Orman."

Republicans have attacked Orman's donations to Democrats (he has also given to Republicans) and have highlighted his business dealings with Rajat Gupta, who is serving a two-year prison sentence for securities fraud. Orman was not implicated in Gupta's case.

The National Republican Senatorial Committee, which had said it would not need to put resources into defending Republican incumbents, hosted a Sept. 23 fundraiser for Roberts.

LaCivita said in an interview the Roberts campaign went from raising about $60,000 in August to more than $1 million in September. "If that's not forward movement, I don't know what is," he said. "I am confident we've got the time, the resources and the support."

Roberts is also trying to reconnect with voters, embarking on a four-day bus tour later this week with Cruz, Senator Jerry Moran of Kansas and Senator Tom Coburn of Oklahoma.

Republican Kymm Hughes said she would vote for Orman after he visited her Topeka glass art studio last week.

"As the owner of my own business, I am a risk taker and I say, 'Let's give Orman a chance,'" she said. "We just need someone new."

(Reporting By Amanda Becker and Mark Hosenball in Washington and Kevin Murphy in Topeka; Editing by Caren Bohan, John Whitesides and Douglas Royalty)