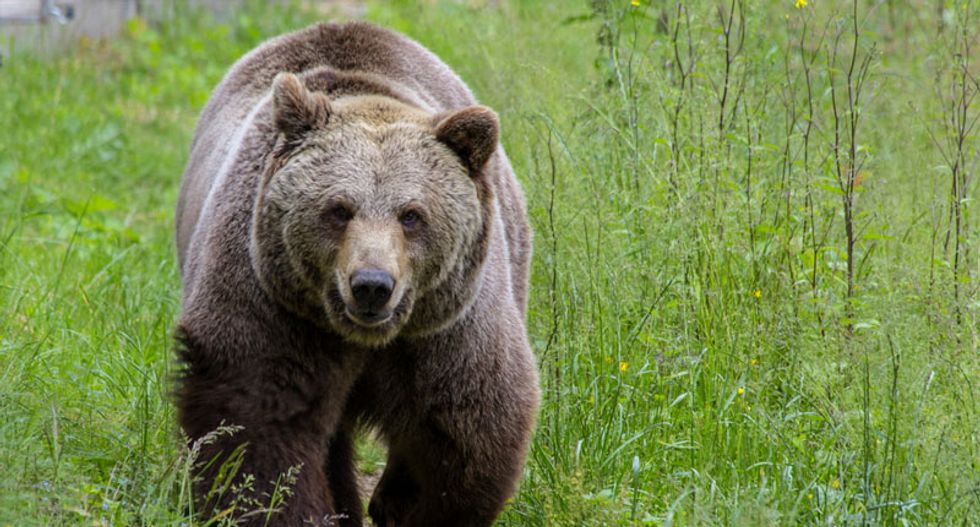 In the depths of Transylvania, Romania, a war against Europe’s largest brown bear population is looming.

Following a string of cases involving damage to private property from bears in recent months, Csaba Borboly, a senior politician from the Transylvanian region, has called for the army to be brought in. “The [bear] problem needs the involvement of specialised state institutions such as the police, the paramilitary and even the army.”

Borboly’s remarks follow on the heels of a decision made in late September by the Romanian government to raise the bear hunting quota by the largest margin in recent history. The new quota allows for 550 bears to be killed over the next 12 months, up two-thirds from the 2012 quota.

At present, hunting is the key method in “controlling” the bear population. It acts both as a lucrative business and, according to hunters, a means of removing specific bears who have been shown to be particularly dangerous to humans and their property.

However, this is no longer considered to be enough. With support from the hunting lobby and egged on by the increasingly bear-wary Romanian media, Borboly is calling on the Romanian government to amend a European treaty which limits the number of bears that can be culled each year.

“Bears need to be considered in line with other natural disasters, such as floods and forest fires,” Borboly said. “They are out of hand and something needs to be done.”

Attila Kelemen is a Romanian MP and eastern European representative of Brussels-based lobby group the Federation of Associations for Hunting and Conservation (FACE). “We have very big problems with bears. Bears are everywhere now in Romania. The French have three bears and they are pushing in parliament to get rid of them as they cause problems for farmers. But they won’t let Romania do anything about our bears, and we have 8,000.”

The numbers, however, are open to debate. Csaba Domokos is a bear specialist with Milvus Group, a Transylvanian wildlife protection organisation. “The reality is that no one knows how many bears there are in Romania. The official number is around 6,000, but to know that we need three numbers: How many bears are being born, how many are dying from all causes – not just hunting – and how many are currently alive. And we know none.”

The counting system is fundamentally flawed, conservationists claim. Romania hosts hundreds of hunting associations, and each one is responsible for counting the bears in a particular area on the map, using the animals’ footprints as gauges of their numbers.

“Of course bears don’t respect these areas,” explains Domokos. “They wander in and out of different hunting areas. Each one can certainly be counted more than once. This could put the total number up by thousands.”

Another issue causing conservationists concern is that the bears most feted by hunters are the alpha males, for which foreign hunters often pay up to €10,000 (£8,000) to shoot a single specimen. It is these large males, however, who usually keep populations in check by committing infanticide – the killing of the offspring of other males – in order to be able to mate with their mothers, an evolutionary trick designed to ensure the continuation of individual bears’ genetic codes.

With the alpha males dwindling in number, the young can proliferate rapidly.

“These young bears are more adventurous,” explains Domokos. “They are the ones who are more prone to enter towns and so, even though the population could be falling as a whole, we are seeing more and more bears in human habitats. The last few months were particularly disastrous as there was almost none of the bears’ normal food – beach nuts and acorns – available. As a result, in the run up to winter, they are getting desperate.”

The danger is that, with the Romanian media becoming increasingly frenzied about the ‘bear problem’, people will take the issue into their own hands. In the last few weeks, Domokos has found four bears trapped in poachers’ snares along just a 25-mile stretch, and believes there are many more which he doesn’t see.

“Once the population turn against bears, we have a serious problem,” says Domokos. “The hunting lobby can get away with raising the quota in the name of social protection. And once the quota goes up, it is very unlikely it will come down again.”