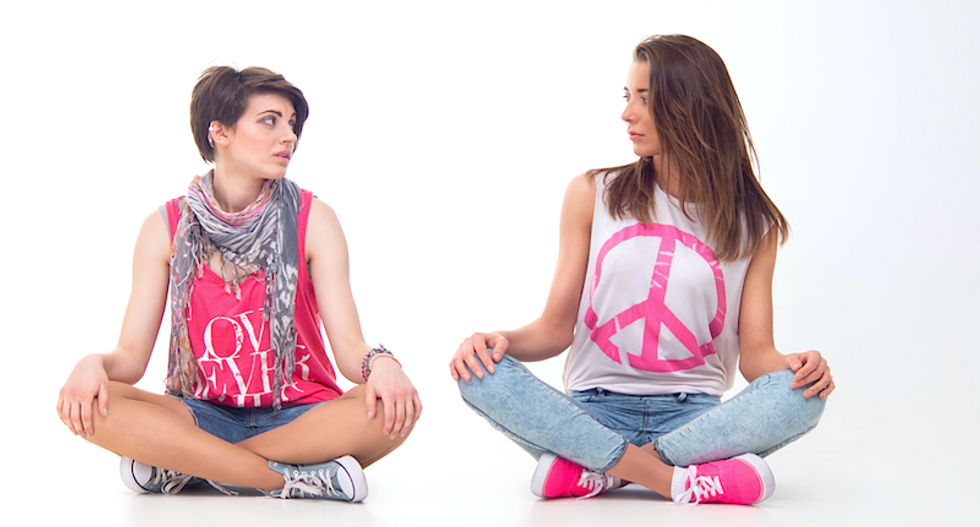 Girls have been banned from wearing leggings at a North Dakota school after officials said skin-tight garments make them look like prostitutes.

An assistant principal at Devils Lake School District showed video clips from the R-rated Julia Roberts movie, “Pretty Woman” to some girls and asked them to consider how closely their yoga pants resembled clothing worn by the prostitute main character.

The administrator admits, however, that an English teacher was wrong to tell girls they looked like street prostitutes.

"A lot of the parents went on Facebook and we were discussing it,” parent Candace Olsen told KLVY-TV. “They were talking about how they think the boys should be able to control themselves and the girls should be able to wear the leggings and the jeggings and, you know, the skorts and stuff."

The assistant principal said the ban on tight clothing that isn’t covered by other garments was intended to prevent distracting classmates and teachers.

Male teachers aren’t even allowed to notify girls when they’re wearing banned clothing, according to students.

"In some cases where there will be young male teachers, they can't tell you what you're wearing is distracting or anything, so they have to get a female teacher to tell you," said senior Mariah Fixen.

She said girls are unhappy with the ban, because yoga pants, leggings, and tight jeans are fashionable right now.

“That’s what everyone wears, that's their whole wardrobe,” she said. “So, basically sweat pants every day is what they're asking for."

It’s not clear what will happen when girls wear banned clothing to school.

Administrators said they would handle infractions on an “individual basis.”

Some students said parents could bring a change of clothes from home, but others said detention or even suspension were possible.