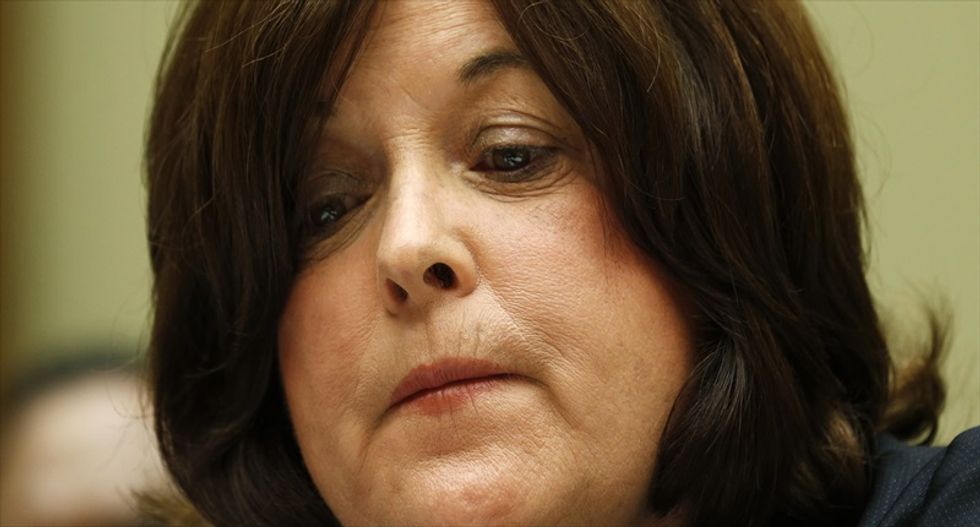 U.S. Secret Service Director Julia Pierson resigned under fire on Wednesday after a series of security lapses came to light that showed gaping holes in the protective cocoon around President Barack Obama.

Pierson, who had been in her position since March 2013, faced growing calls from lawmakers to step down in the fallout from a Sept. 19 incident in which an Iraq war veteran clambered over the White House fence, sprinted across the lawn and got deep inside the mansion before he was stopped.

Pierson told a congressional committee on Tuesday she took "full responsibility" for security lapses. She tendered her resignation to Homeland Security Secretary Jeh Johnson, who accepted it.

Her resignation came the day after it was disclosed that in a violation of protocol, an armed private security contractor rode on an elevator with Obama in Atlanta earlier this month and took pictures and video of the president on his phone.

The lapses had raised concerns across Washington that Obama is as not as protected as he should be in an age of global tumult.

White House spokesman Josh Earnest said Obama believed Pierson's resignation was in the best interest of the agency, and that "recent and accumulating" reports of security lapses led the president to conclude new leadership was needed at the Secret Service.

Calls for Pierson to step down had grown on Capitol Hill prior to her resignation. The 30-year Secret Service veteran had failed to inspire confidence among lawmakers from both parties during a three-and-a-half-hour grilling on Tuesday before the House Oversight and Government Reform Committee.

In response to calls from lawmakers for an independent probe into the Sept. 19 fence-jumping incident, the Homeland Security Department will establish a panel of independent experts to investigate what happened.

Earnest said the group will recommend changes to how the Secret Service operates and suggest who might become the next permanent Secret Service director. A veteran of the agency's presidential protection division, Joseph Clancy, was named acting director in the meantime.

Republican Representative Jason Chaffetz, who chairs a national security oversight subcommittee, questioned Pierson during the hearing on the number of times she had briefed Obama on incidents this year where his safety had been compromised.

She replied that there was only one such briefing – after the fence jumper incident. She made no mention of the Atlanta incident.

The omission prompted Chaffetz to call for her ouster, and he was later followed by others, including Democratic Senator Charles Schumer and Representative Elijah Cummings, the top Democrat on the Oversight Committee.

"Director Pierson’s resignation is a matter of national security and I am pleased she is stepping down. The position should be filled immediately by new leadership from outside the Secret Service for a fresh start," Chaffetz said in a statement.