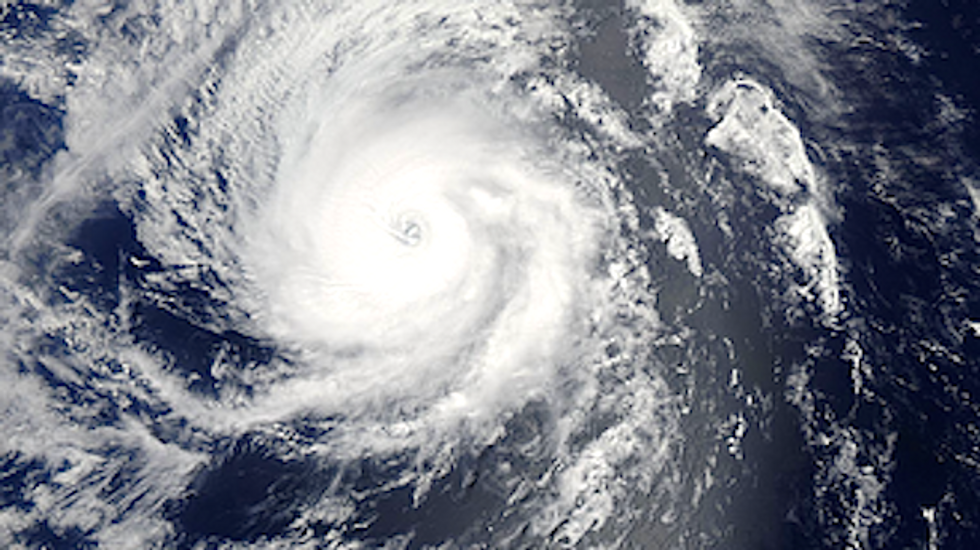 Simon grew into a powerful category-three hurricane on Saturday as it swirled off Mexico's Pacific coast, threatening resorts barely recovering from a recent storm.

The storm could gain strength before weakening on Sunday, the Miami-based center said. A tracking map showed Simon making landfall as a much weaker tropical depression on Thursday.

The hurricane was expected to produce up to 15 centimeters (six inches) of rain across Baja, triggering floods and landslides.

The region, known for its Los Cabos resort that attracts many American and Canadian tourists, was devastated by Hurricane Odile last month.

The Los Cabos airport only resumed operations Friday, after flooding had caused power outages and flipped planes over. International flights are due to resume on Wednesday.

A cruise ship docked in Los Cabos on Friday for the first time since Odile touched down, and another 40 ships are expected to arrive this month.