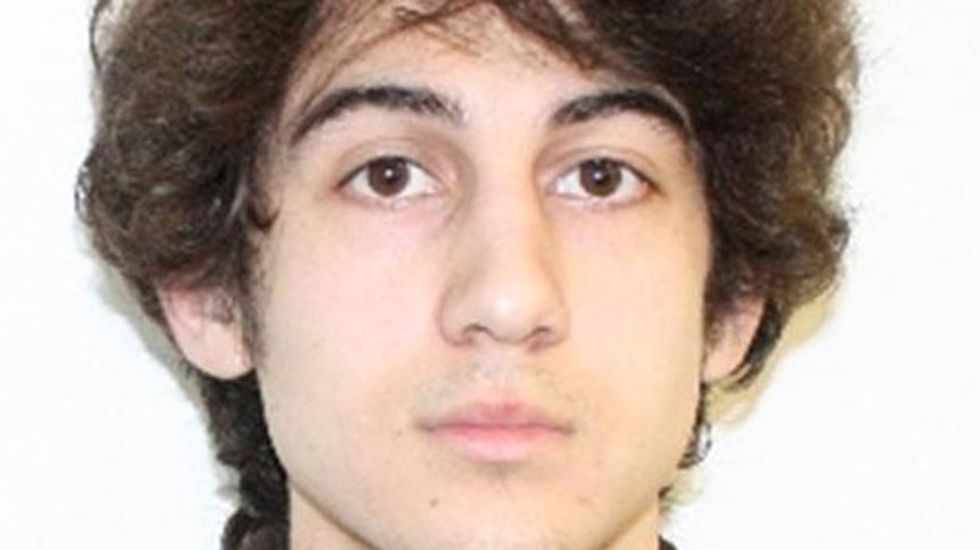 The sister of the accused Boston Marathon bombers pleaded not guilty on Tuesday to charges she made a threatening phone call to a woman, telling her she could "put a bomb where you live."

Aliana Tsarnaev, 24, sister of Dzhokhar and Tamerlan Tsarnaev, was arraigned on two counts of aggravated harassment in the second degree, a misdemeanor, in state Supreme Court in Manhattan.

She was later released on $5,000 bail, under condition that she have no contact with the alleged victim. If convicted, she faces a maximum penalty of up to a year in jail.

Wearing a light brown head scarf and a black abaya, or floor-length cloak, she was accompanied by her husband and her attorney in the New York City courtroom. She remained silent throughout the hearing, clasping her hands together.

"We strongly dispute the fact that these statements were made," Susan Markus, Tsarnaev's defense lawyer, told the judge.

Tsarnaev, of North Bergen, New Jersey, was accused of calling a woman in the city's Harlem neighborhood and telling her, "Leave my man alone. Stop looking at him. I know people that can put a bomb where you live," according to the criminal complaint.

Tsarnaev's brothers are accused of killing three people and wounding more than 260 after detonating homemade bombs fashioned out of pressure cookers near the finish line of the Boston Marathon on April 15, 2013.

Dzhokhar Tsarnaev was captured following a massive manhunt in the days after the bombing and is awaiting trial in November on terrorism charges. His older brother, Tamerlan, was killed following a shoot-out with police.