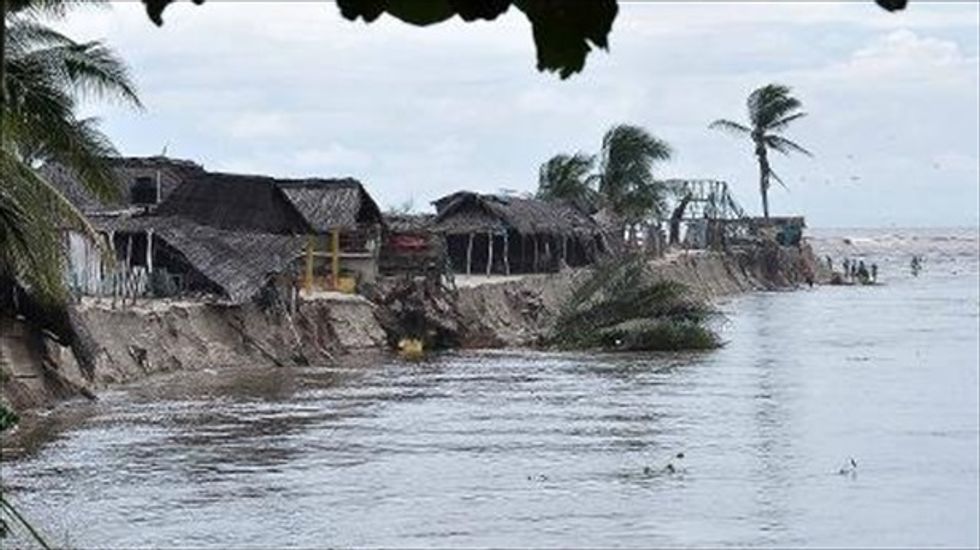 The heavy rains caused a landslide on a farm in the indigenous town of Tlacoachistlahuaca in the southern state of Guerrero, killing a 23-year-old man, a civil protection official told local media.

Two children and a woman were crushed to death when a wall collapsed in a mudslide in Ometepec; another person was buried in Cochoapa by a caved-in wall; and a swollen stream swept away and killed a 70-year-old man, officials said.

Some 2,000 people were evacuated from three towns in the mountain region hardest hit by Trudy. Authorities urged residents not to return home for at least 48 hours, until the threat of landslides passed.

Another 300 people were evacuated Saturday night in three other Guerrero towns, where a river threatened to overflow and cause dangerous flooding.

Landslides and flooding also cut off access to 16 other towns and damaged a main road to Acapulco.