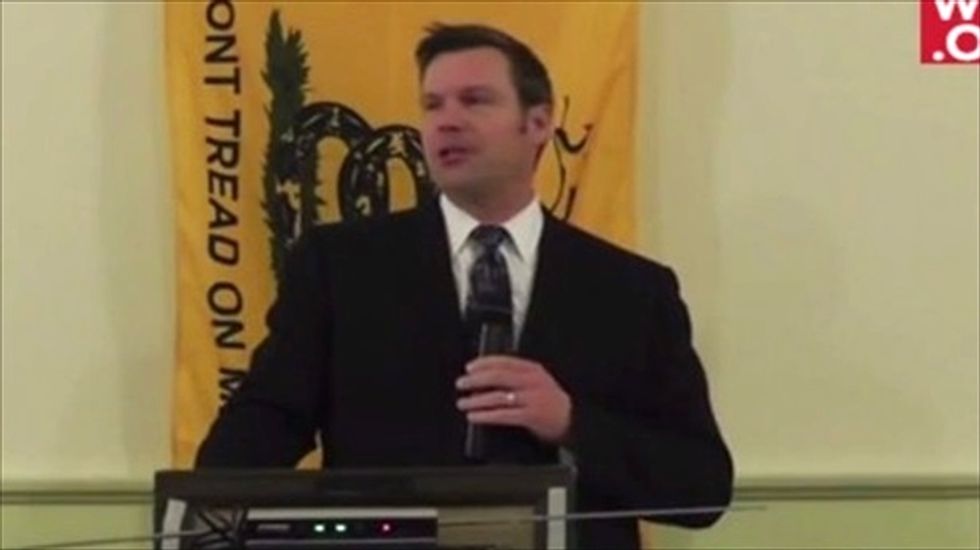 A court ruled on Wednesday that Kansas Democrats do not have to put a candidate on the ballot for the U.S Senate, a decision that is expected to boost chances of an independent beating the Republican incumbent in an election that may swing control of the chamber.

A three-judge panel of the Shawnee County District Court ruled that no one has to replace Democrat Chad Taylor, who dropped out last month.

Having no Democrat on the ballot will likely bring more votes to independent Greg Orman in his race against Senator Pat Roberts.

Several polls show Orman leading Roberts, who staved off a strong primary challenge and was being counted upon by Republicans to win a three-candidate race and help the party reach the 51 seats needed to take control of the Senate.

Taylor withdrew from the race for unexplained reasons on September 3.

Kansas Secretary of State Kris Kobach, a Republican, said Taylor did not properly withdraw. Kobach filed a lawsuit, but the Kansas Supreme Court on September 18 ordered Taylor's name kept off the ballot.

David Orel, a Kansas Democrat, immediately filed a lawsuit with the Kansas Supreme Court contending that state law compels the party to replace Taylor. Orel said Democrats are entitled to have someone on the ballot.

But lawyers for the party argued that it has the option of replacing Taylor but is not required to do so, even though the statute says the party "shall" fill a vacancy on the ballot.

The court panel determined that the word "shall" was not a mandatory directive but instead is meant to say who is responsible for filling a vacancy if there is interest in doing so.

Orel did not appear on Monday at a hearing of the judicial panel, which took the case at the direction of the Kansas Supreme Court.

"He has presented no sworn affidavit for the Court's consideration, and has not signed any of the pleadings filed on his behalf and there have been no stipulations entered," the court wrote. Without that, the court said it "is without any evidence whatsoever" to determine if Orel had standing to file the suit.

Neither Orel nor his attorney, Thomas Haney, could immediately be reached for comment about the ruling or the potential for appeal.

Roberts has accused Democrats of conspiring with Orman, the independent, while Taylor has said Kobach's attempts to keep him on the ballot were politically motivated. Kobach denied politics played a part.

Orel's son, Alexander Orel, is a field director for the re-election campaign of Republican Kansas Governor Sam Brownback, a campaign spokesman said. But his job with Brownback had no bearing on his father's petition, Haney, David Orel's lawyer, has said.