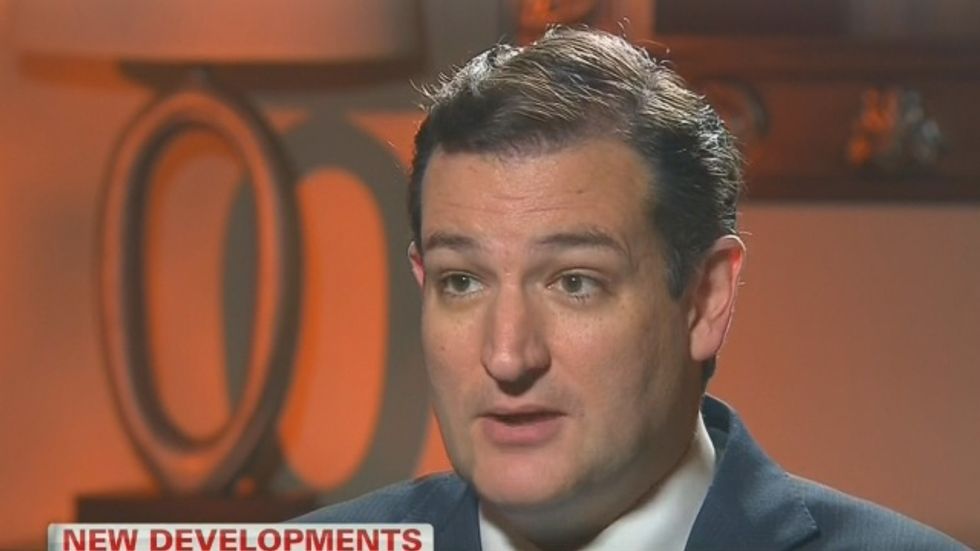 Sen. Ted Cruz (R-TX) blasted what he called the "usurpation" of marriage by the Supreme Court on Monday, promising to introduce legislation to enable states to defy rulings striking down bans on same-sex matrimony, Salon reported.

"When Congress returns to session, I will be introducing a constitutional amendment to prevent the federal government or the courts from attacking or striking down state marriage laws," Cruz said in a statement. "Traditional marriage is an institution whose integrity and vitality are critical to the health of any society. We should remain faithful to our moral heritage and never hesitate to defend it."

Cruz released his statement hours after the high court opted not to take up appeals from five states challenging lower-court rulings that found their anti-marriage equality laws to be unconstitutional.

He fretted that as a result, 11 states would be "forced" to legalize same-sex marriages based on an overly broad interpretation of the equal protection clause of the 14th Amendment.

"The Court is making the preposterous assumption that the People of the United States somehow silently redefined marriage in 1868 when they ratified the 14th Amendment.

“Nothing in the text, logic, structure, or original understanding of the 14th Amendment or any other constitutional provision authorizes judges to redefine marriage for the Nation," Cruz stated. "It is for the elected representatives of the People to make the laws of marriage, acting on the basis of their own constitutional authority, and protecting it, if necessary, from usurpation by the courts."

"Unelected judges should not be imposing their policy preferences to subvert the considered judgments of democratically elected legislatures," Cruz said on Monday.