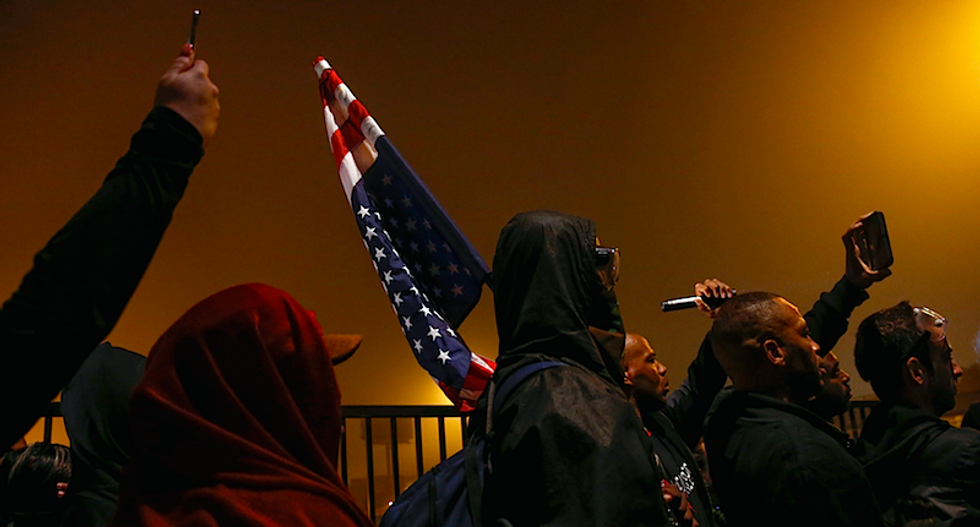 A black teenager fatally shot last week in St. Louis by an off-duty police officer had gunshot residue on his hands, jeans and T-shirt, according to crime lab results released on Tuesday after four days of protests in the city against police violence.

The killing of 18-year-old Vonderrit Myers by a white officer last Wednesday intensified the demonstrations over the deadly Aug. 9 shooting of unarmed black teenager Michael Brown by a white police officer in the St. Louis suburb of Ferguson.

Police said previously that Myers shot at least three times at the off-duty officer who was working with a security company and that Myers' weapon was recovered at the scene. The officer's name has not been released. Family and friends of Myers have said he did not have a gun.

In a statement, the St Louis Metropolitan Police Department said the presence of residue on someone's hands or clothes could mean the person fired a gun or was near a gun when it went off.

More than 50 protesters were arrested in St. Louis and its suburbs on Monday as hundreds of demonstrators staged acts of civil disobedience to draw national attention to race discrimination in policing. The protests were peaceful and the activists mostly got themselves arrested as a symbolic act.

The demonstrators were calling for the arrest and indictment of Darren Wilson, the officer who killed Brown. A grand jury is considering the evidence from that shooting and it is unknown when they will reach a conclusion.

Protesters who traveled from across the country for four days of protests that ended on Monday said they did not trust the police version of events in shootings in general, citing studies showing young black men are the most likely demographic to be shot by police.

On Tuesday afternoon, Myers' mother, Syreeta Myers, visited a makeshift memorial to her son in the Shaw neighborhood where he was shot, and cried.

St. Louis police union leaders held a news conference on Tuesday to present the gunshot residue findings, saying they wanted to get facts out before the public, the St Louis Post-Dispatch reported.

"We're done, as a police union, standing in the shadows in these cases. We are actively defending the officer involved in the shooting," said Jeff Roorda, business manager of the St. Louis Police Officer's Association, according to the Post-Dispatch.