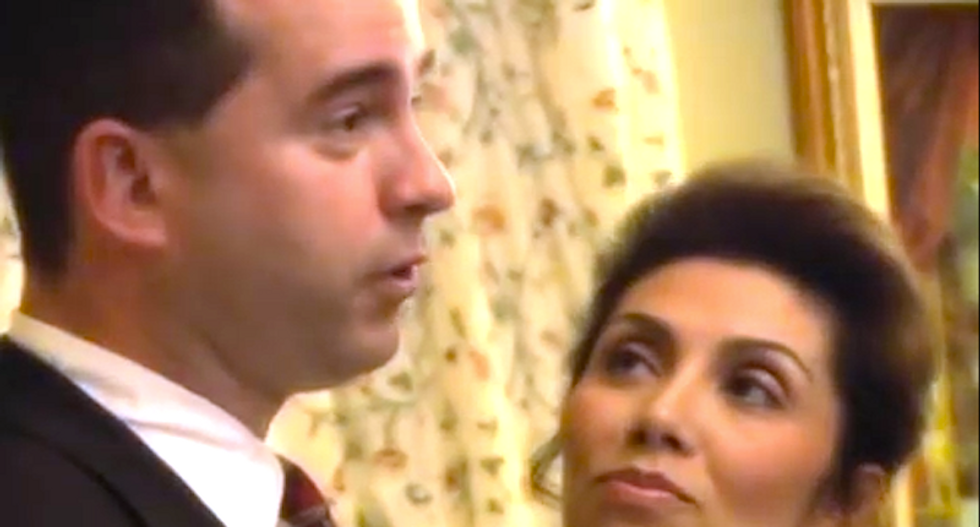 A Tea Party-backed Texas Supreme Court justice compared the Constitution to the Ten Commandments in an interview on Christian radio.

The conservative justice told host Dave Garrison that strict adherence to the Constitution went beyond interpreting the original intent of the Founding Fathers.

Devine describes himself as the “Ten Commandments judge” after he struck down a lawsuit seeking to remove a painting of the biblical mandates from a Harris County courtroom, and the jurist brags he has been arrested more than 35 times for protesting outside abortion clinics.

He’s run for numerous political posts, including two campaigns for U.S. Congress and one for the Texas House, and he has questioned the legitimacy of federal courts and urged Congress to impeach judges who “misuse the bench by pursuing personal agendas rather than promoting the rule of law and justice.”

In to his recent interview, Devine called on religious leaders to promote conservative political values.

“Unfortunately, the church has gone to sleep, many Americans have gone to sleep, and we have allowed those with these progressive ideas to have the White House and almost every facet of government,” Devine told the religious right host.

Devine apparently decided to run for Supreme Court justice because he felt he could defeat the incumbent in the primary because Justice David Medina had a Mexican name.

"He couldn't provide us with a philosophical reason, he could not point to one opinion that he had a problem with," said Scott Link, a former Harris County district judge who met with Devine to discuss the race. "It was just, ‘I could beat a guy with a Mexican name.' I was offended on several levels."