The NY Times is so broke it's offering poorly researched, potentially dangerous tours of Iran 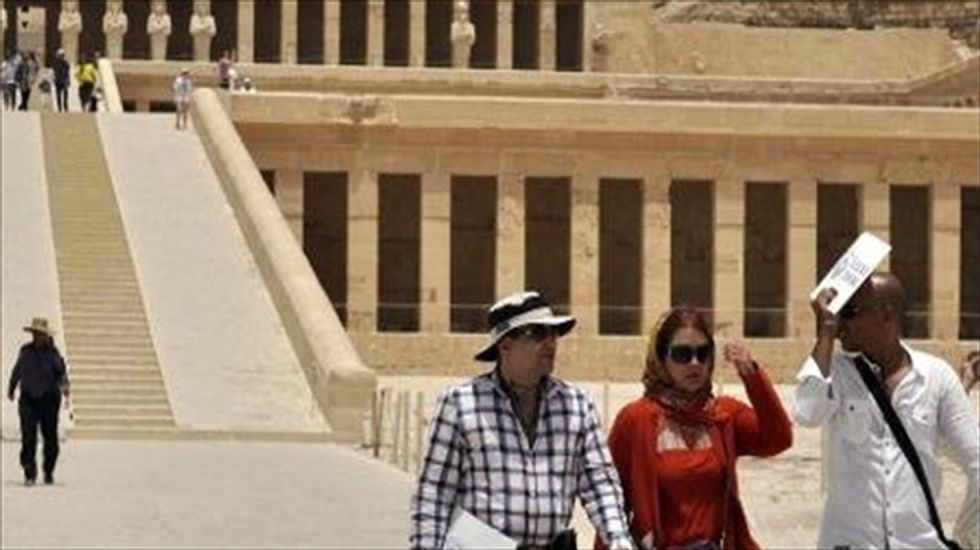 Iranian tourists visit the Temple of Hatshepsut in Egypt on June 3, 2013. [AFP]

Smartertimes' Ira Stoll reports that the cash-strapped New York Times is "seeking new revenue opportunities as a tour operator, since its revenues in traditional areas such as newspaper subscriptions and advertising are not growing fast enough to satisfy investors."

The newspaper is currently soliciting participants for what it's calling "Iran: Tales from Persia," a 13-day, 12-night trip with the Times' former Paris bureau chief, Elaine Sciolino that will cost at least $6,995, as internal Iranian airfare is not included.

The trip will begin with a tour of museums in Tehran, in which "[y]our guide will discuss each museum in length to ensure you have an excellent base knowledge ready for the rest of the tour."

On the second day, the guide will escort participants to "the biblical tomb of Ester and Mordechai," where "[l]egend states that Ester established an early Jewish colony in Persia in the late 17th century." The biblical Book of Esther is thought by most scholars to be set during the reign of Xerxes I, who ruled from 486-465 BCE.

The fifth day will feature a drive through the Zagros Mountain range, where individuals can "[s]ee the tribes folk living their rural lives and listen to the ancient tales your guide will relive as we journey through."

The poorly written and researched itinerary is not the only indication that trip may not live up to its almost $7,000 billing, as the tour policies are not extremely restrictive.

For example, tour participants can cancel their tours, and if they do so 91 days in advance, they will receive 50 percent of their initial deposit back -- even if the United States government deems traveling to Iran to be dangerous.

As the official terms state, "[y]our decision not to participate on the Tour due to State Department warnings, fear of travel, illness or any other reason will be deemed a cancellation."