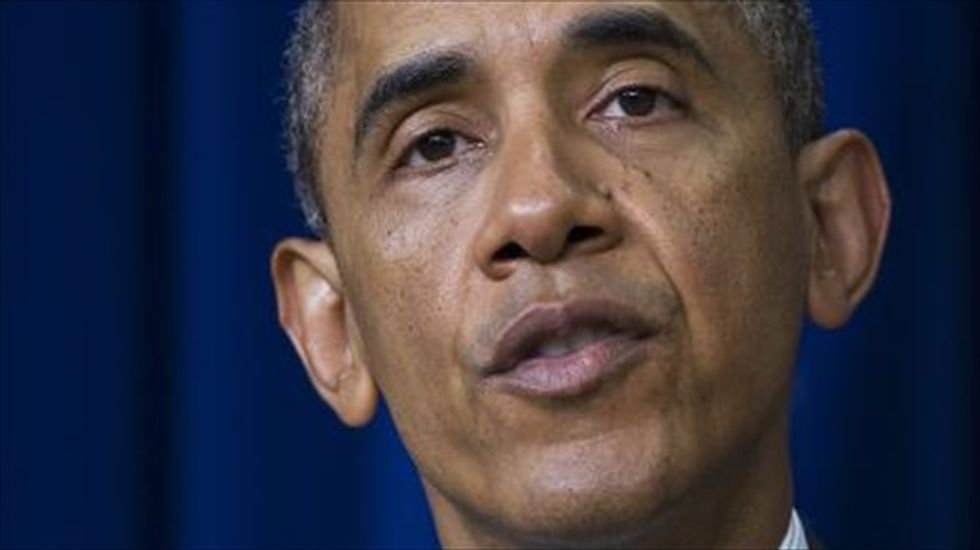 The arrival of the Ebola virus in the U.S. has stirred up some festering fears among President Barack Obama’s most, ahem, fevered critics.

The deadly disease, which originated in Africa and is spread by direct contact with bodily fluids, apparently taps into some deep-rooted xenophobic and racial anxieties among right-wingers terrified they might catch a poop-related disease from black people.

Liberal guilt: While most (although not quite all) of Obama’s critics believe the president has some involvement, there is some disagreement whether Ebola arrived in the U.S. as a result of his negligence or malfeasance. Rush Limbaugh, for example, blames liberal guilt for the refusal to enact a travel ban from Ebola-stricken countries such as Liberia, which was founded by freed American slaves. “The danger we have now is that we elected people in positions of power and authority who think this or think like this in terms of this country being responsible, this country being to blame for things and it’s that kind of thinking that leads to opposition to shutting down airports from various countries,” Limbaugh said.

Redistribution scheme: Conservative icon Phyllis Schlafly, on the other hand, argues that Obama is purposefully allowing Ebola-infected travelers to enter the U.S. to eliminate American exceptionalism. “He wants us to be just like everybody else, and if Africa is suffering from Ebola, we ought to join the group and be suffering from it, too,” Schlafly said. Fox News contributor Dr. Keith Ablow agreed, saying he believes the president “may literally believe we should suffer along with less fortunate nations.” Religious right commentator Bryan Fischer wonders whether Obama intends to “redistribute” disease, just as conservatives say he intends to do with wealth. “He wants Ebola to come to the United States to punish America for being racist,” Fischer said.

World citizen: Critics such as Thomas Sowell and Pat Buchanan believe Obama has heeded the advice of health experts, who have said a travel ban would hinder aid, because he takes his role as a world citizen more seriously than his duties as U.S. president. “(There is) carnage over there, catastrophic disease passing through that country,” Buchanan said. “Why in heaven’s name wouldn’t you want to protect our country from what unhappily is happening over there?” Other conservatives fear Obama has placed U.S. troops -- and their families -- at risk by sending them to assist in African relief operations. “Is Obama criminally insane? A madman? An ignorant, delusional fool?” yelps Wayne Allan Root. “Or is he doing this purposely to overwhelm America’s economic system? Does it matter?”

Martial law: Some right-wing critics fear that Obama has purposefully orchestrated the Ebola outbreak as an excuse to do the sort of things they’ve been warning against all along. “Maybe the current administration needs this to happen so martial law can be declared, guns can be seized and the populace can be controlled,” speculates Morgan Brittany. “Once that happens … game over.” Her World Net Daily colleague, Mychal Massie, also fears Obama will use Ebola to impose “martial law to prevent a run on banks and to allow government-controlled media blackouts” just in time for the 2016 election – if the president doesn’t cancel it outright.

Facilitating terrorism: The most unhinged reaction so far comes, naturally, from the prolifically litigious birther gadfly Larry Klayman – who finds a new reason to overturn electoral results every time he opens a newspaper. The Judicial Watch founder recently filed a lawsuit accusing the president of “providing material support and aid to international terrorism and facilitating terrorism” for failing to enact a travel ban. “Obama has favored his African brothers over the rest of us by allowing them free entry into this country,” writes Klayman, who called for the immediate deportation of a president he insists was born a Muslim in Kenya. “With this new Ebola-gate scandal, Obama’s remaining in office becomes an issue of life and death for us all,” Klayman writes. “I do not advocate violence, and I want Obama to be taken alive to be deported and pay for his inadequacies under the rule of law. But he must be forced from office as soon as possible, before all is lost. We the people simply cannot, and should not, take it anymore.”