TN school board head steps down over controversial 'Buttleopener' invention 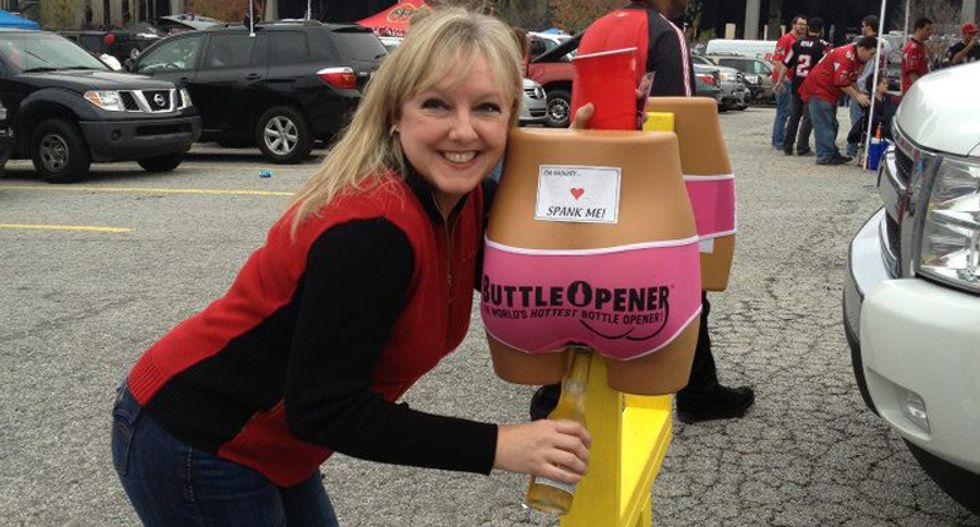 The head of a Tennessee school board has resigned his position after controversy over his part in inventing a beer bottle opener shaped like a woman's buttocks failed to go away, according to The Tennessean.

Longtime board member Mark Gregory stepped down on Thursday as chairman of the Williamson County school board -- a position he was appointed to two weeks ago -- but will remain on the board.

Gregory's elevation to chairman heated a up a long simmering dispute over his position on the board in light of his role in helping create the 'ButtleOpener,' a bottle opener located inside a life-sized female-shaped posterior.

Parents and other board members have been critical of Gregory since he launched the "Buttleopener' in 2012, and protests increased with his elevation to chairman.

Gregory, who stated that he has no longer had any involvement with the company marketing the novelty bottle opener, apologized earlier this week, but pressure for him to step aside failed to subside.

In an email sent to fellow board members, Gregory announced his move, saying he had become a distraction.

An online petition against Gregory, begun my Brentwood parent Heather Carroll, had already attracted over 1,000 signatures, with Carroll stating that victims of sexual assault had written to her privately to express their outrage.

“That alone is what kept me going — to know there were women out there that felt this way,” Carroll said. “I felt an obligation to not stop until the board really realized the message that we are sending to the community.”

Gregory was re-elected to the school board in September, receiving an endorsement from district resident and conservative comedienne Victoria Jackson, calling him, "A light in the darkness."

Watch the video below from NewsChannel 5 :